My pants and bra are so tight now, Bobrisky says in a new update on Instagram. 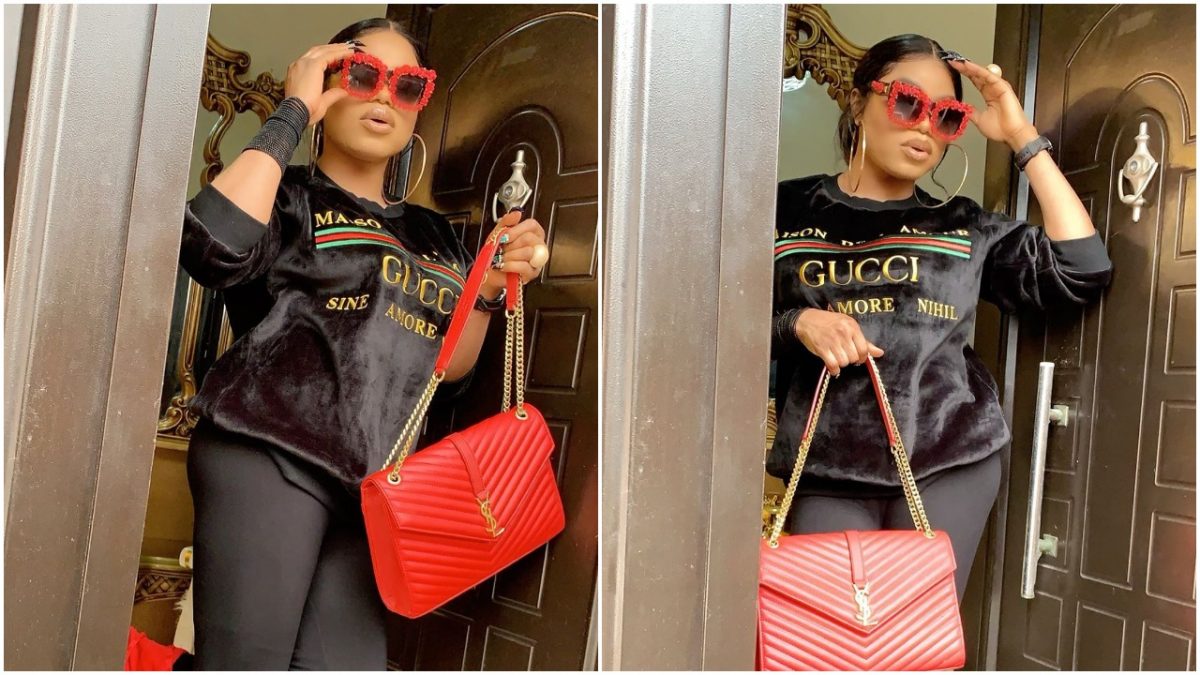 Nigeria cross broader and transgender has come out to say his bra and pants are so tight to wear.

He says his body has added enough weight to the extent that his undies don’t have his.size

Also, he complains that the isolation

of a thing is not for him as he as added weight in few days.

The Nigerian cross gender says he has been at home for three days because of Coronavirus quarantine.

He also point to the fact that he need to obey

The laws of the land as he is staying indoors for the certain period.

Bobrisky is known of coming after celebrities who doesn’t like his lifestyle or attitude.

Sometimes last year, he was arrested by the Lagos state government on his birthday.

The celebrity star was released after sometimes and given the opportunity to roam the street of Lagos again.

The Nigerian cross dresser is someone who is open about his underwears.

Sometimes last year, she was asking ladies to give him panties and bra.

This is what she said on her Instagram page then.

“Guys stay away from dis topic pls. Can someone even sign me to her brand self.”

So, right now, she is still talking about something exactly the same; bra and pants issues.

In addition, there has been many controversy of

What type of bra he do wear as he is a female cross dresser.

Many people come to the conclusion that he is using the A type bra. It has a kind of female look.

In conclusion, Bobrisky likes attention any time of the day.

But wait o nobody has sign me for lingerie ?

#BBNaija: “I don’t care” – Queen opens up on Whitemoney’s strategy at the show...

Violette - September 29, 2021 0
Evicted housemate at the ongoing Big Brother Naija season six reality show, Queen has shared her thoughts on the behaviour of Whitemoney which many...

Johnson Olumide - February 17, 2020 0
The fifa Pro World Eleven has been announced a while Ago(READ IT HERE) and Pretty Much Interesting things Happened Leading up to the Official announcement of...

I have forgotten what sex feels like – Moyo Lawal

Violette - October 4, 2021 0
Former Big Brother Naija housemate, Kiddwaya has sent a strong message to participants of the season six edition of the reality show as they...