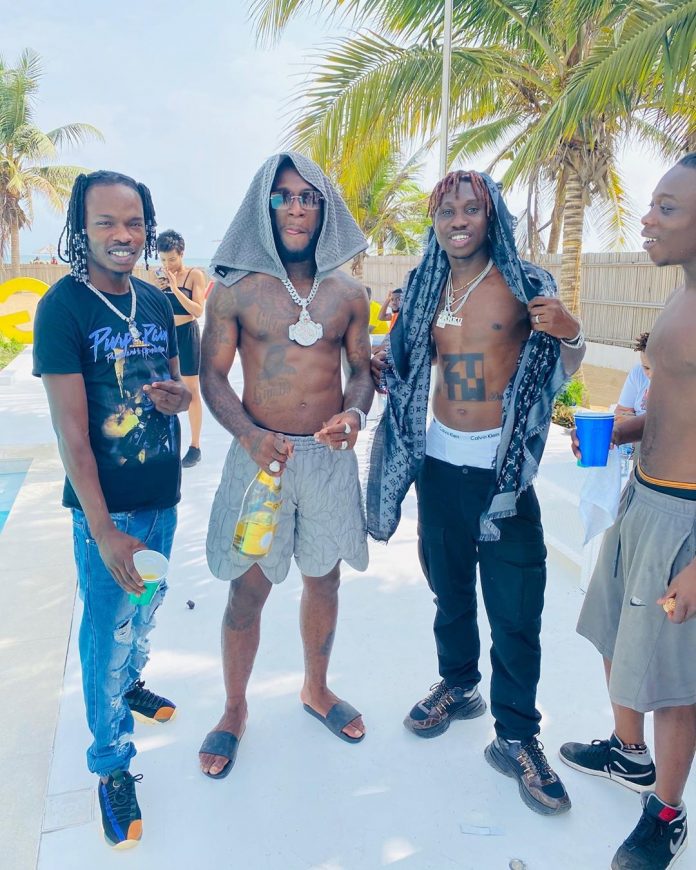 Some celebrities in Nigeria, Naira Marley, Zlatan Ibile and Burna boy seen together in a new picture. 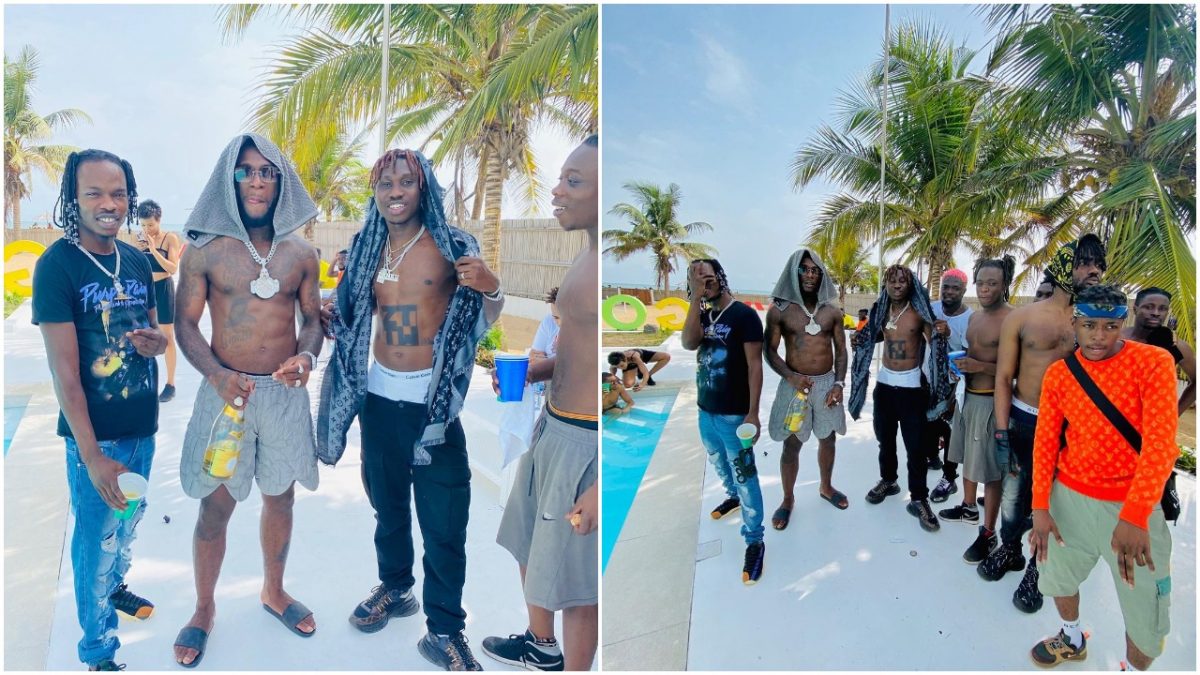 The singer that love to collaborate with other singers and musicians, Zlatan is also part of the picture.

There is high chance the three of them is cooking something together.

The track, Egungu be careful, was released 18 years ago by Obesere.

And later started receiving love for the second time this year.

The Fuji star and popular because of his meme, Obesere has been on a comeback trail.

Since King Wole use him as a meme during Red Flag in 2019 hashtag on Twitter.

He also feature with a star celebrity and musician, Skiibii which the title he call Egungun.

The no belt gang says he is very proud with the Marlians association worldwide.

If you remember, last year there was a time when he has issues with EFCC about issues with internet fraud.

The music star uses his swag well in music videos with lots vixen dancing with him.

Moving to Oluwaburna as he popularly refer to himself, that is Burna Boy who is husband to Stefflondon.

He started making music at just about ten years old when a fellow classmate at school gave him a copy of the production software from FruityLoops.