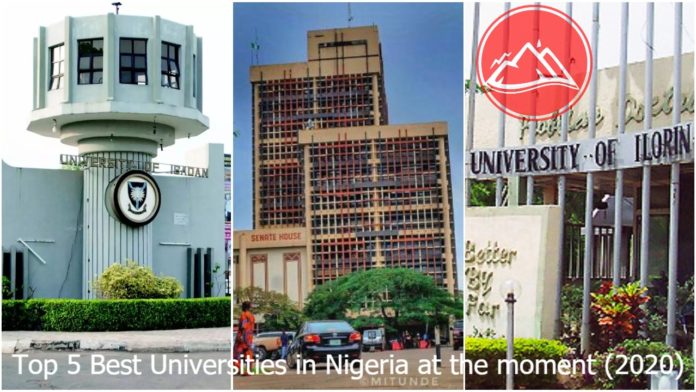 Tertiary education in Nigeria is a mixed bag, while the best Universities in Nigeria often seem to potential students that they have to “pick their poison” and get on with it.

In reality, this is only half the whole story, and – I’m not making excuses for any one of them – the hopeful student only has to adjust his/her priorities and expectations.

Only then would they find out the logical highs and lows of the various universities in the country.

I have compiled some of the best universities in the country for your convenience; because… “I do share. I’m nice like that.”

The list is as objective as it possibly can, so don’t worry all you feisty alumni (you know you’ll get your day anyway). More importantly, it is aimed at potential candidates who might be planning on what institution to go to; it would help them make better decisions (hopefully).

Also, if you would just like to know which university sits at the pretty top of the best universities in  Nigeria, this is the article to read.

Let’s cut to the chase below are the Top 5 Best Universities in Nigeria at the moment.

Don’t go all ballistic yet; there is a reason why UNILAG is not at the top of the list of best universities in Nigeria. 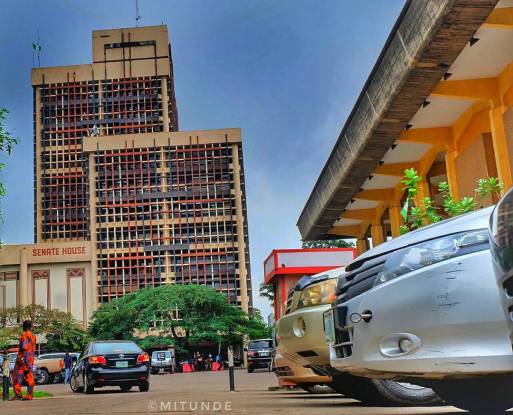 Objectively speaking (we all should be speaking objectively), the University of Lagos has got a lot going for it; Pedigree, Cost, Popularity, Availability of Courses, and so on.

As far as cost is concerned, going to the University of Lagos isn’t too expensive; around N54000 for non-science-related courses, and N64000 for science courses.

There are cheaper tuition‘s elsewhere, but we can still consider this decent for a Federal University.

The university is also very popular, boasting over 40,000 enrollments every academic session.

Its popularity is a result of the fact that people perceive it upholds a high educational standard, and that’s mostly true.

The University of Ilorin is known for one thing: Academic Stability.

It cannot be argued that Students of the University of Ilorin stay longer in session than any other federal university in the country. 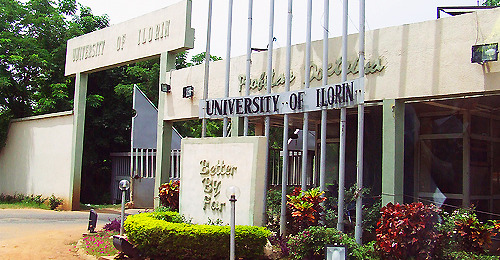 If you’re hoping to be a student of a university in no distant future, the University of Ilorin is one of the best universities you can choose because you won’t have to worry about strike actions eating out of your program duration.

Other than that, the institution has a competitive price (around 75000) and is the right choice if you must go to a federal university.

Several people don’t realize that there is a very prestigious university up north of the country, and the university is Ahmad Bello University.

It’s got an impressive pedigree (and a lot of prominent alumni to show for it) and builds upon it to a considerable extent.

I have no problems recommending this university to anyone, especially those who live or set up bases in the north.

However, the tuition is a bit steep for a federal university; at around N150000, ABU Zaria’s tuition fee is solidly in State university territory (dare I say it).

If you can live past that, and stay in the northern states, ABU Zaria is such an excellent university to get.

(looks left, looks right) I’ve promised to be as objective as possible, so don’t be surprised that OAU turns up 4th on this list.

It is such a great institution (the argument of the best structure on any university campus in Nigeria is always won by OAU, so that’s something)

It is very affordable; its tuition fee is set at a point where federal universities originally meant it to be.

(Academic Staff Union of Universities, for those wondering).

You can consider going to Obafemi Awolowo University (If you don’t mind having your 4-year program turned into a 5-year one).

In fairness, the quality of education isn’t shabby and that’s why they ranked second on the list of the best universities in Nigeria

This entry is very interesting for some reasons; the University of Ibadan is much more recognized on the international scene due to its focus on postgraduate research.

It is also known to be the federal university with the lowest acceptance rate (due to its very high acceptance criteria) for a long time.

But all of that contrasts sharply with some of the pain points the institution has.

It is especially so when undergraduates (who constitute a large portion of the population) are taken into consideration.

The tuition fee isn’t fixed, and changes on an academic session basis; it’s even got a fee schedule (what does that even mean?).

Also, it doesn’t offer some courses; take Accounting and other related courses for example.

These pain points are significant, but if, in some way or another, you aren’t bothered by them, the University of Ibadan is no bad university by a long stretch.

Conclusion on the Best Universities in Nigeria at the moment

That is not to say there aren’t some notable mentions; The University of Nigeria, Nsukka (UNN) and the Federal University of Technology, Minna (FUTMINNA) are quite solid universities that are worth considering outside of the aforementioned five.

Above are the best universities to go to if you are a hopeful candidate for tertiary education, and if you would like to know how they stand against each other presently.

I have no apologies for the ordering of the universities (just kidding, this is how they stack elsewhere, so it’s really not my fault. Sorry.) and I’ve made the list based on national consideration alone (because it’s the more important consideration).

Fashionista, Toyin Lawani rejects the tag of being Marlians or Titans (Screenshot)

Adedokun Moses - January 21, 2020 0
Fashion goddess, Toyin Lawani has refuse to be initiated into the Marlians Gang and Titans Team as she rejects the tags in a stunning...

Johnson Olumide - July 13, 2019 0
Chike Ike Sizzles in Pre-Birthday Photos The Sultry Actress would be turning 31 in a few days from now and she is already preparing for...