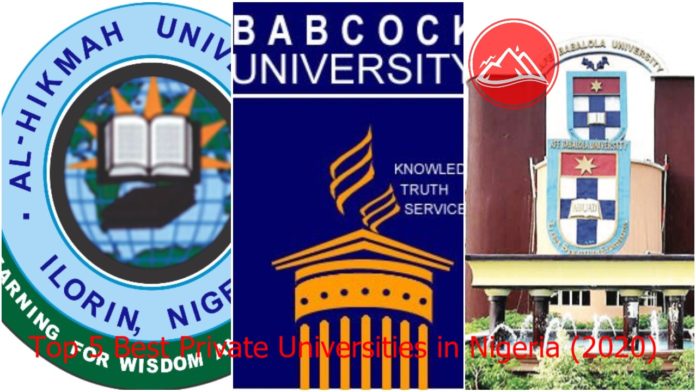 The quality of tertiary education is a mixed bag in Nigeria, but I can tell you that private universities in Nigeria improves that perception. 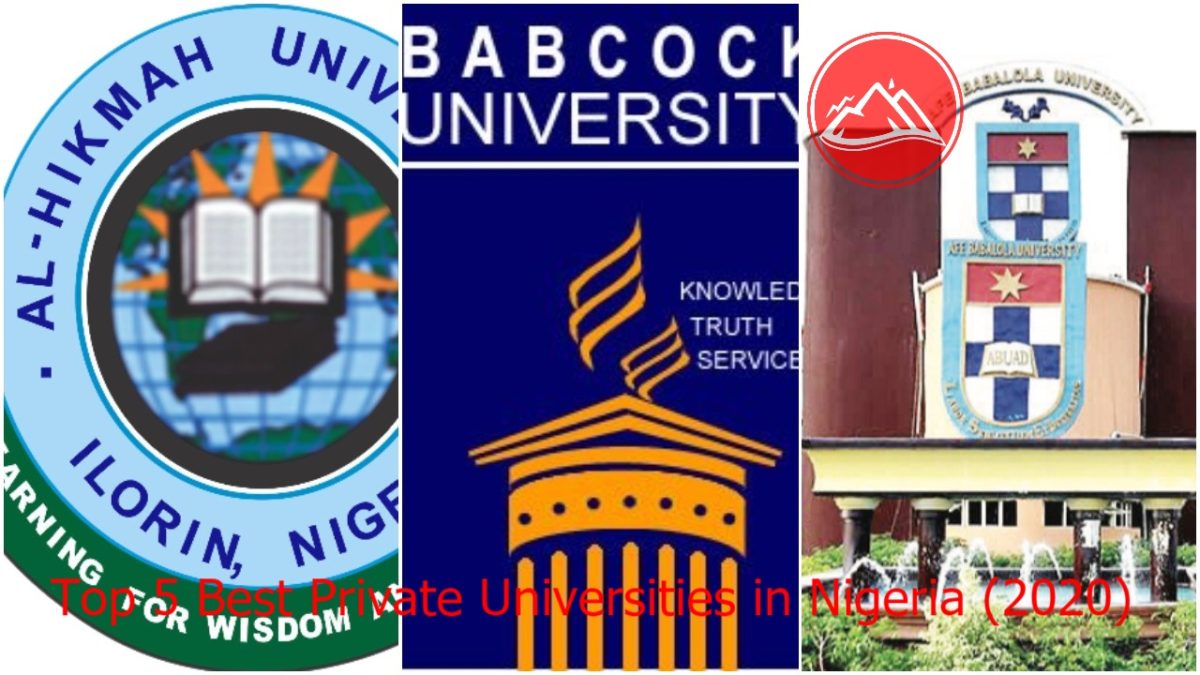 They generally have better academic rating and are more recognized internationally. Are you wondering what the best private university in Nigeria is?

I have compiled the Top five best private universities in Nigeria that sit at the top.

Their country rank stands at second, which means that they are the second best university in Nigeria overall.

In the world, they sit fairly high up as well, coming in at 1728th position – that’s not a position to scoff at.

It was established in 2002 as a non-profit making university in the town of Ota, Ogun State, Nigeria.

Their admission range is within 6000-7000, making them a mid-sized university. They are fully recognized by the NUC (National Universities Commission).

However, it comes at a price (literally). Their tuition is on an average of $3,750 (that’s roughly N1.5 million), and when you factor external cost, it goes even higher than that.

Landmark University is located in Omu-Aran, Kwara State. It ranks pretty well in the country (placing 17th) and it’s as good a private university as you can get in Nigeria.

Globally, it ranks 5292nd – not very bad at least. It was only established in 2011, meaning it’s a young institution. Its admission range is also small, as it only takes within 2,000 to 2,999 students yearly.

On the upside, their admission rate is within 60% to 70% and are only fairly selective. Admission isn’t all that competitive.

Tuition is unsurprisingly around N1.5 million (on average, for both local and international students).

Afe Babalola University (ABUAD) is a pretty excellent private university in Nigeria that can be considered. It started out life in 2009 in the city of Ado-Ekiti, Ekiti state Nigeria. 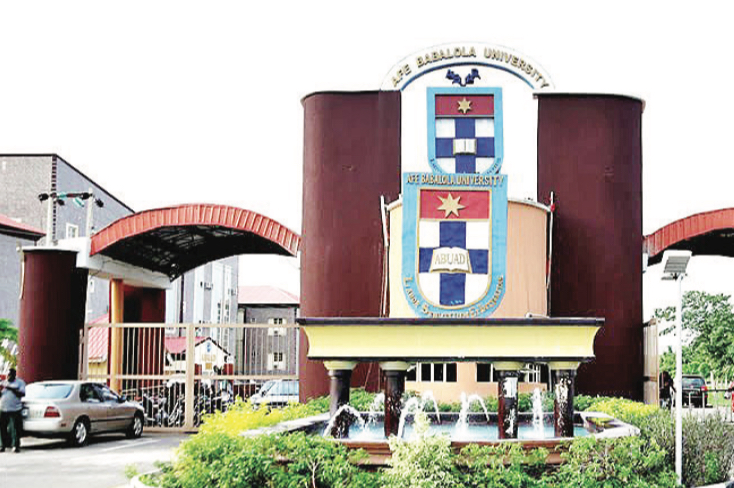 For one thing, it currently ranks 12th on the Country University rating, and 4876th in the world. It is essentially not a profit making tertiary institution, and is duly recognized by the NUC.

A small university, based on its admission range. It only admits within 5,000-5,999 range every year.

On the flip side, its admission rate is nearly 100%, making them very open and only ever so slightly selective.

Local students should expect to pay around N1.5 million (or more) for tuition alone; international students would pay more, starting from N2 million.

This is one university you’re likely to see appear on social media often. It is in fact a nice private university in Nigeria to enroll in. 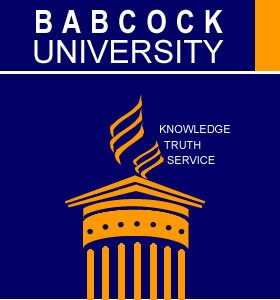 ranking 32nd in the country, and 6927th in the world. It shows its academic dynamism in the vast areas of study it awards degree in.

It is also a small sized institution, judging by the fact that it only admits up to 5,999 students annually.

The admission rate is very low however, only at around 10%; it is extremely selective and only the fittest gets to be picked.

What do you have to pay for tuition in Babcock University? N700,000 on average, which means it is relatively cheaper than most of the other private universities in the country.

READ ALSO
#Tas2017 : Toyin Adeleye Will Be Coming To The Academic Summit 8.0! 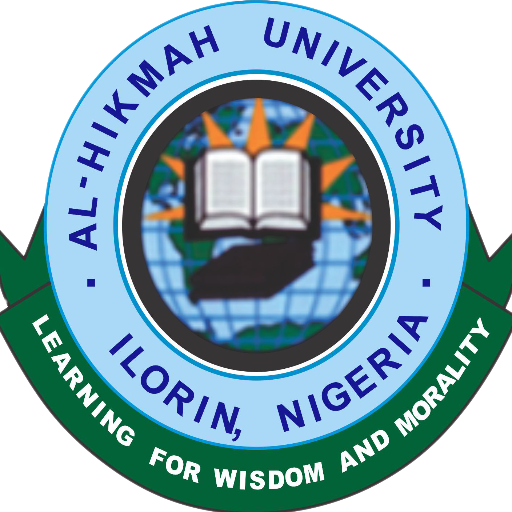 started in 2005 in the city of Ilorin, Kwara state, Nigeria. It currently has branches around the environs of Ilorin. It would only take no more than 4,999 students yearly, which means it’s a small school.

Their admission rate compensates for that, standing at around 90%. AL-Hikmah University is not selective, and very open to applicants.

Their tuition is surprisingly on the low side as well (if we’re looking at private university standards of course).

If you want a comparatively better education in Nigeria, private universities are a good choice to consider.

They have more academic structure and superior personnel. However, all of this can only be had if you’ve got the money.

As it can be observed, most of the private universities charge high sums for tuition, making them a no-go area for the masses (they’ve been panned for that).

Maybe the tuition isn’t very high when you look at it from an ideal point of view, but it’s definitely not within the range of the common man in Nigeria, judging by the current cost of living.

One other peculiar feature to private universities in Nigeria is that they are relatively small in size.

The reason for that lies between the fact that not many people can afford them, and their low acceptance rate in some cases.

In all, if you’ve got the funds, private universities in Nigeria are a good way to get quality tertiary education in Nigeria, and above is a list of the best ones you can find currently.

Violette - June 26, 2018 0
The U.S. Supreme Court on Tuesday handed Donald Trump one of the biggest victories of his presidency, upholding his Muslim travel ban. Lower courts had...

I look up to Olamide, says American rapper, Wale

Johnson Olumide - September 30, 2018 0
Wale, a Nigerian-American artiste, says he looks up to rapper Olamide Adedeji. The rapper, real name Olubowale Victor Akintimehin, said Olamide is one of the...

”None of my dogs will accept to eat food served in sheets of paper”...

Violette - June 6, 2018 0
A video of pupils in Kano state being served food in sheets of paper has gone viral. The video was released by the Voice...

#BBNaija: See moment Vee told Nengi to cover up cause her pant is exposed...