#BBNaijaReunion: Big Brother is a “golst” – Tacha mocks Mercy as she shutter.

The reunion has been fun ever since the inception of the program on TV. 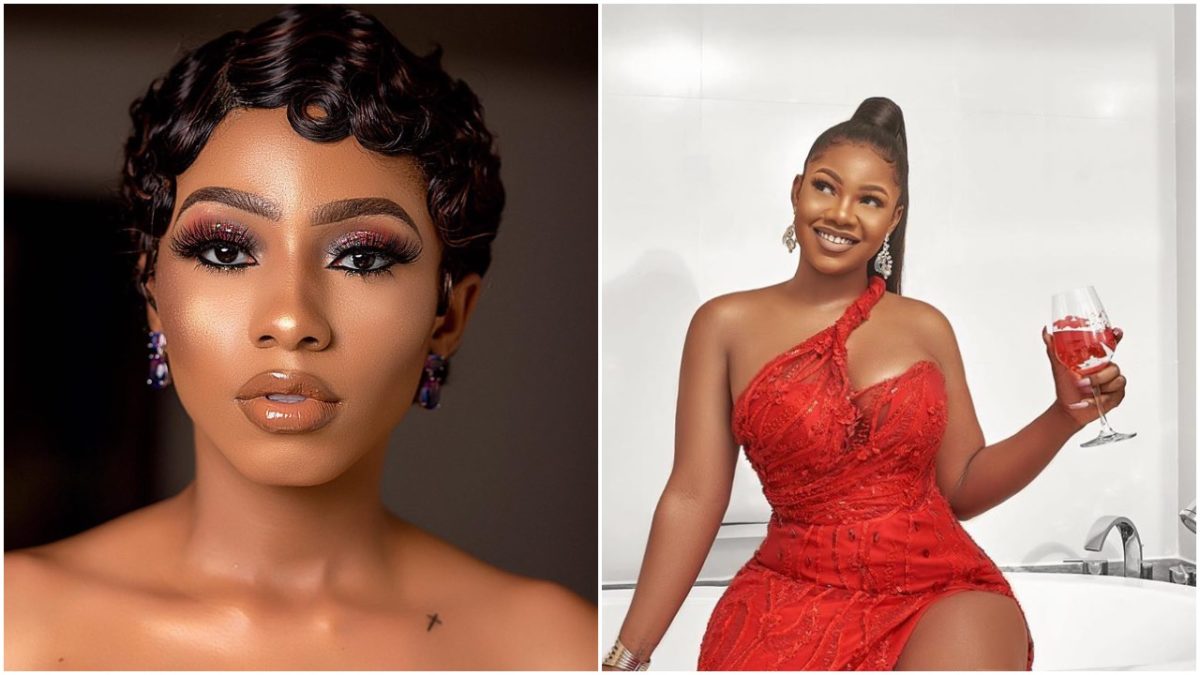 This is actually funny as a lot of stuff has been coming out from the housemates.

Ranging from how Seyi says Tacha loves to brag and scream all round.

To the time Seyi also attacks Frodd for his impatience in the house.

And how he loves his relationship which barely concerned him in the first place.

This set of Big Brother Naija housemates which is better known as the “pepper dem” edition.

As the best set of housemates so far because is is full of drama and fun.

Tacha who has been dragged more than twice ever since the inception of the reunion.

Seems calm and collected by not replying to trolls anyhow in the house.

But this time around, she laughed out loud as Mercy shutter in her grammar.

This could he funny to an extent because most times, Mercy also loves to troll Tacha in the house.

Moving forward to Mercy shutter, she says Big Brother is a “golst”.

But she actually mean “Big Brother is a ghost”.

However, the moment was really fun as Tacha could not hold her laughter.

Watch the video below of how Tacha laughed at Mercy because of her shutter.

Johnson Olumide - Modified date: March 2, 2018 0
President Buhari Son Who Was Injured In A Motorbike Accident Responding To Treatment But Still In "Coma" Yusuf, the first son of Nigeria's President, Muhammadu...

Violette - Modified date: November 10, 2019 0
Former big brother house mate, looking so cute in a Just uploaded picture of his on Instagram which he captioned ' I am about...

I need to lose my virginity – Kenyan lady reveals on Instagram

Johnson Olumide - Modified date: March 21, 2020 0
A Kenyan lady might not actually mean what she posted when she wrote I need to lose my virginity as caption of a hot photo she...

Adedokun Moses - Modified date: November 10, 2019 0
Media Personality, Toke Makinwa today November 3rd 2019 added one year to her years and she has taken to her Instagram Page to celebrate...