Fast rising cross-dresser, James Brown also known as ‘They didn’t caught me’ have taken to social media to beg fans who are heaping insult on him by comparing him with a fish.

cross-dressing adventure in the entertainment industry and despite the

trolling and bashing he has been receiving from fans, he does not look like someone

who’s ready to stay off controversies.

However, James Brown seems to have his weak point as he urge fans not to poke fun

at his mouth which some claim look like a dead fish’s mouth.

Not too pleased with the comparism, James Brown took to his Instastories to

vent out his frustration as he ask why he’s been compared to a fish.

would they have called him that if he was their brother.

He however insisted that those calling him names are those who are frustrated and sad about life.

However, Bobrisky still remain the number one cross-dresser in the country and have

always been consistent in warning the upcoming ones that the throne is not up fo grabs.

Bobrisky have ensured he stay on top of his game by getting involve in numerous scandals. 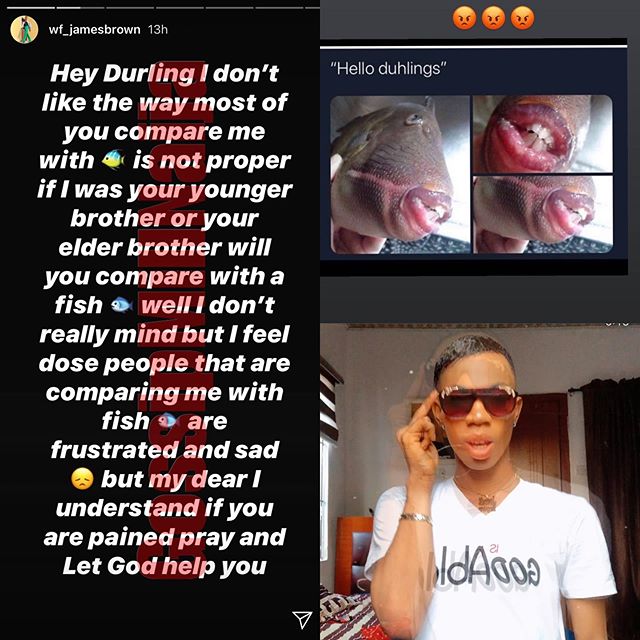