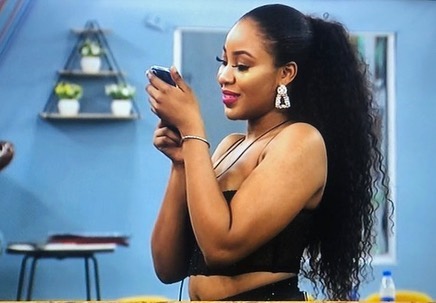 Fans hope of seeing a flamboyant wedding between Kiddwaya and Erica have been dashed as the sexy beauty queen end her relationship with the billionaire son.

Kiddwaya and Erica have become the best couple at the ongoing

they are friends they’ve seen in many romantic mood.

has got some fans on social media preparing their invitation card.

wedding if they decide to walk down the aisle together.

According to Erica, she’s tired of a lot of things and needs something more than a

sex talk from the relationship which some fans have claim will not.lead anywhere.

relationship in the house.

relationship but they’ve been able to sort it out and fans will be hoping they settle this as well.

ERICA to KIDD: Have a nice life. After all I had to say, he had nothing to say. That’s disrespectful. I’m tired of all the sex talk, I want more. Few options make him feel like he can do what he wants, like a spoiled brat. #BBNaija pic.twitter.com/Hsf9qAWyXU

Johnson Olumide - February 17, 2020 0
The Mother Of two kids and also the Brain behind her fashion and stylist label wore this Custom made Swarovski stones bikini in continuous...

I’m disgusted at your lies – Lil Frosh’s ex-girlfriend, Gift, reacts after he denied...

Violette - November 10, 2020 0
Talented Nigerian singer, Lil Frosh's ex-girlfriend, Gift, have finally reacted to the recent claims made by the singer over the ongoing physical assault she...

Violette - November 25, 2019 0
Rich Kjt, the son of Nigeria popular journalist, Kemi Olunloyo has warned the girls of the country not to try nonsense with his mum. Recall...