Afrobeat singer and songwriter, Burna Boy is set to bless the face of his fans amd followers across the globe with a new comic book which will be released alongside his new album. 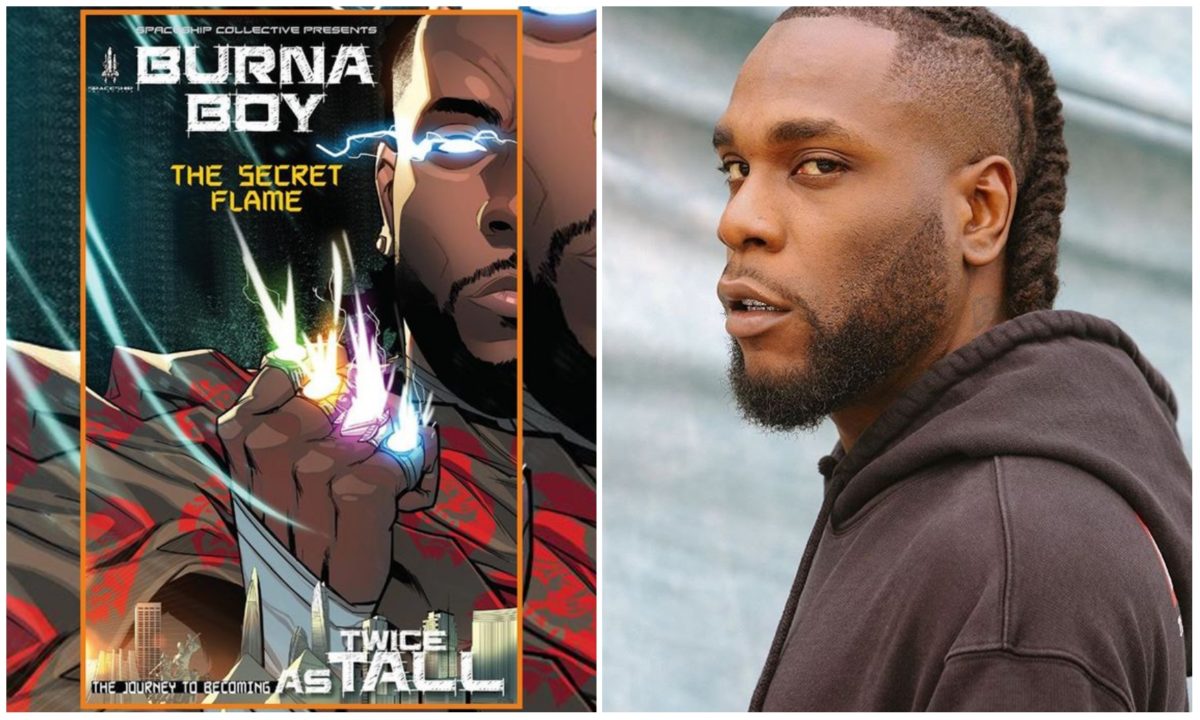 Without an iota of doubt, Burna Boy remains one of the best singer Africa has

ever seen and he does not look like someone thats resting on his laurels.

READ ALSO
EndSars: It might be over for youths If the protest doesn't work out - Burna Boy (Video)

released alongside the new album.

The comic book which was titled, “The Secret Flame”, will be dropping alongside

project from the self acclaimed Africa Giant.

reason why he should be ranked among the best in an industry filled with talented artiste.

Burna Boy is set to release his own comic book, The Secret Flame along with his Twice As Tall album. pic.twitter.com/zm0alxGEPH

Check out this sweet Women of four generation photos

Johnson Olumide - February 17, 2020 0
The Photo above are beautiful women, mothers from four Generations ago  till Present and are still  Alive hail and Healthy. (adsbygoogle = window.adsbygoogle || ).push({}); From...

Will I get BBNaija type gift? – Adekunle Gold ask fans as he anticipates...

Violette - January 27, 2021 0
Talented Afropop singer and songwriter Adekunle Gold is anticipating his 34th birthday and the award-winning singer has taken to social media to ask fans...

Violette - January 5, 2020 0
Reality star, Enkay is lamenting the spendings she did during December period as she claims she's already broke despite it's just early days into...

Violette - January 3, 2020 0
Nollywood actress and film producer, Chika Ike has caused uproar on social media after she posted a stunning picture of herself having a nice...