Home Entertainment Don Jazzy and D’banj inspired me to be a singer – Davido...

Award-winning singer and songwriter, David Adeleke popularly known as Davido has revealed how Don Jazzy and D’banj inspired him to be a singer as well as why he returned to school. 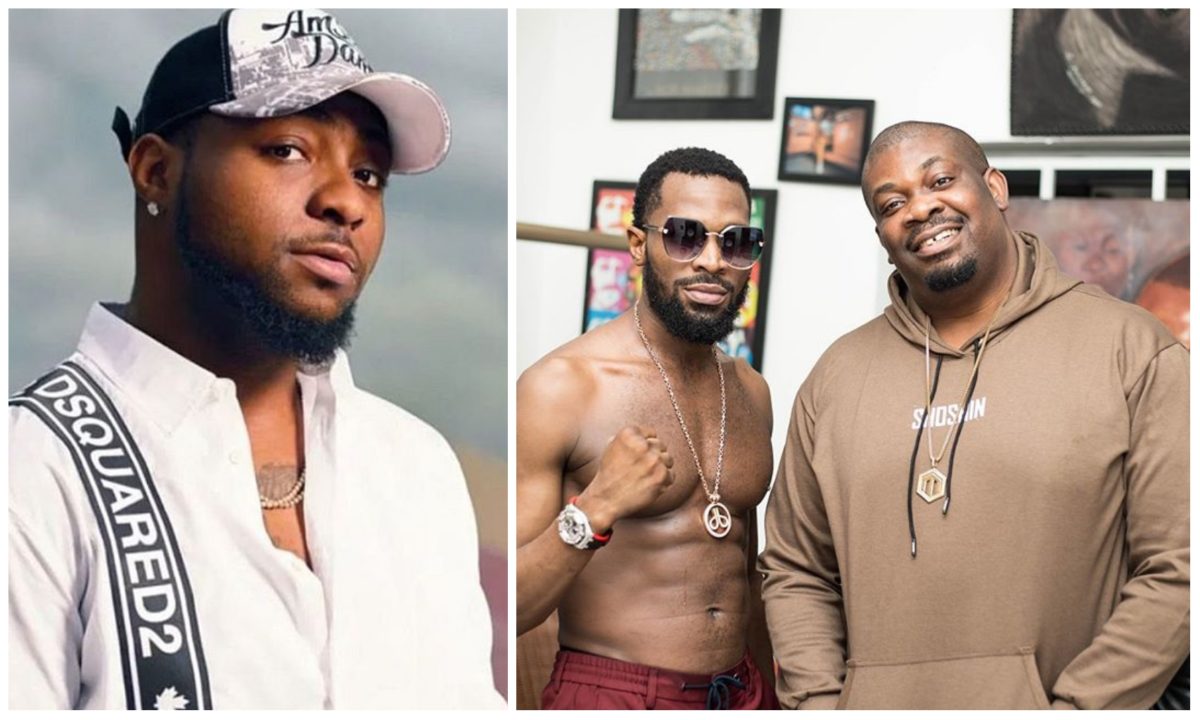 Davido who has been on a break from social media for months, made this known

in a recent Instagram Live chat with Grammy Museum.

Speaking about why he returned to school, Davido said:

“In the early stage of my career, I was like a one-man-band. For my first single, I made

the beat, and recorded the song myself. I mixed and mastered Dami duro myself.”

“When I was getting bigger, I could no longer do everything myself.

Now, I have producers and songwriters who I work with.”

“I now believe in collective efforts. The business side of everything is important. Music is just about 30 or40 per cent.”

“Going back to school helped me concentrate. Sometimes in life, you just have to sacrifice. It was something I had to do for my father.”

Speaking further, the Atlanta-born singer said Don Jazzy and D’banj inspired him to do African music.

He said, “Coming from Atlanta and just hanging around them inspired me. I remember seeing them with Jay-Z and Kanye West in a room.”

“They had a lot to do with me wanting to do music. My father has also been a mentor.”

Davido is set to bless fans with a new album, ‘A Better Time” that will be dropping anytime soon and everyone across the globe are anticipating the release date.

Violette - December 25, 2020 0
Big Brother Naija star Ozo and Nengi have continue to make wave even months after the reality show ended as their fans bless them...

#BBNAIJA: Nina Ivy React to Rumour that She Slept With her New Man for...

Violette - November 10, 2019 0
Nina Ivy has responded to a claim made by a lady this morning that she slept with her man whom Nina called her new...

Violette - December 26, 2020 0
It might have been months since the fifth edition of Big Brother Naija reality show came to an end but it looks like Erica...

Violette - January 7, 2020 0
Fast rising singer and songwriter, Zlatan Ibile is starting 2020 with another master piece as he release his new single 'Quilux'. The song which was...