Home Entertainment There will be casualties if you’re on my page to insult me...

Fast rising cross-dresser, James Brown has issued a warning t fans and followers on his page who are ready to troll or shade him noting that there will be casualties.

play with their feelings.

gain popularity through them.

With trolls not ready to back up anytime soon, James Brown issued a strong

warning to those who might be thinking of attacking him in the nearest future.

if such incident happens.

and it’s better they don’t think of doing so as things might turn bad.

supporting fans base despite the high number of fans against

his behaviors on social media.

He has been able to feature in some Nollywood movies and does not look like someone ready to give up on his dreams. 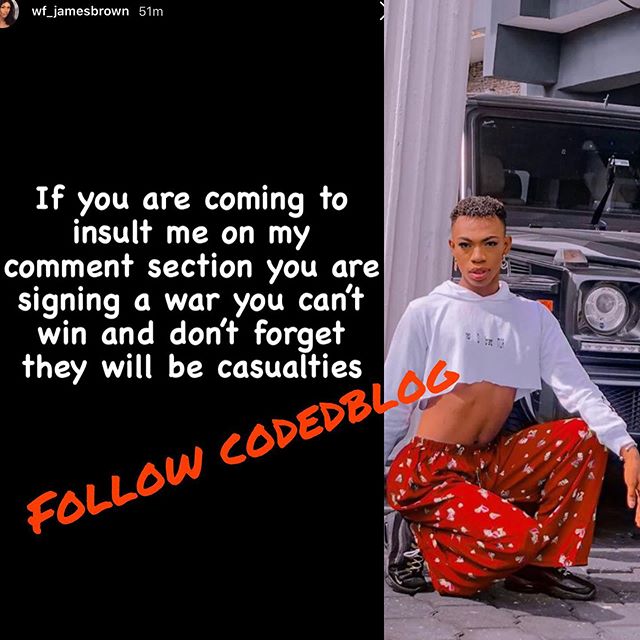