Home Entertainment Davido called out for allegedly assaulting bouncer at a night club in...

Nigerian music star, David Adeleke popularly known as Davido have been called out on social media for allegedly assaulting a bouncer at a night club despite protesting against Police Brutality.

With protest still going on in various states across the country, Davido who left Abuja

before he left the capital.

According to a fans on social media, Davido and his thugs assaulted the

bouncer who was trying to do his Job just hours after he led the peaceful protest.

that he will be dealt with next time he indulge in such act. 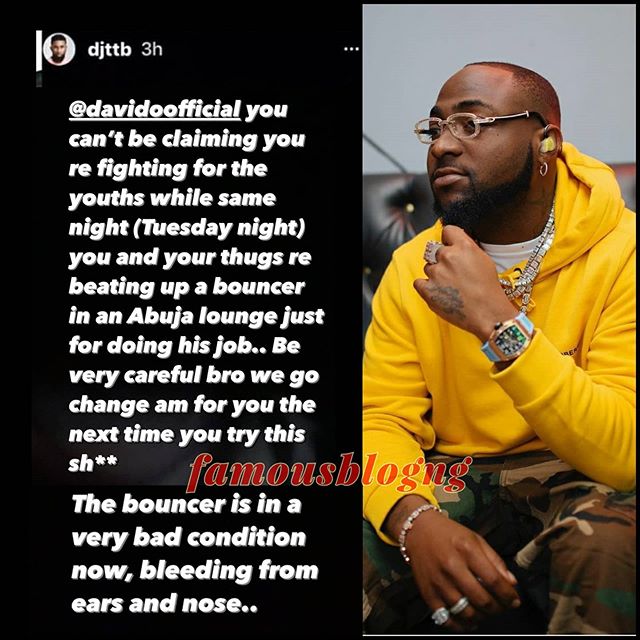 Meanwhile, Davido during his short visit to Abuja acquired a new 7 bedroom duplex which was worth a staggering 48 million naira.

Video footage of the Davido receiving the document of the house was posted on social media as his fans and followers have another cause to celebrate.