Home Entertainment My 1% got me to 1 million followers – Vee shades haters...

Big Brother Naija star, Vee Iye, have bagged a new milestone on Instagram as she hits one million followers, and she has celebrated the achievement with a message to haters. 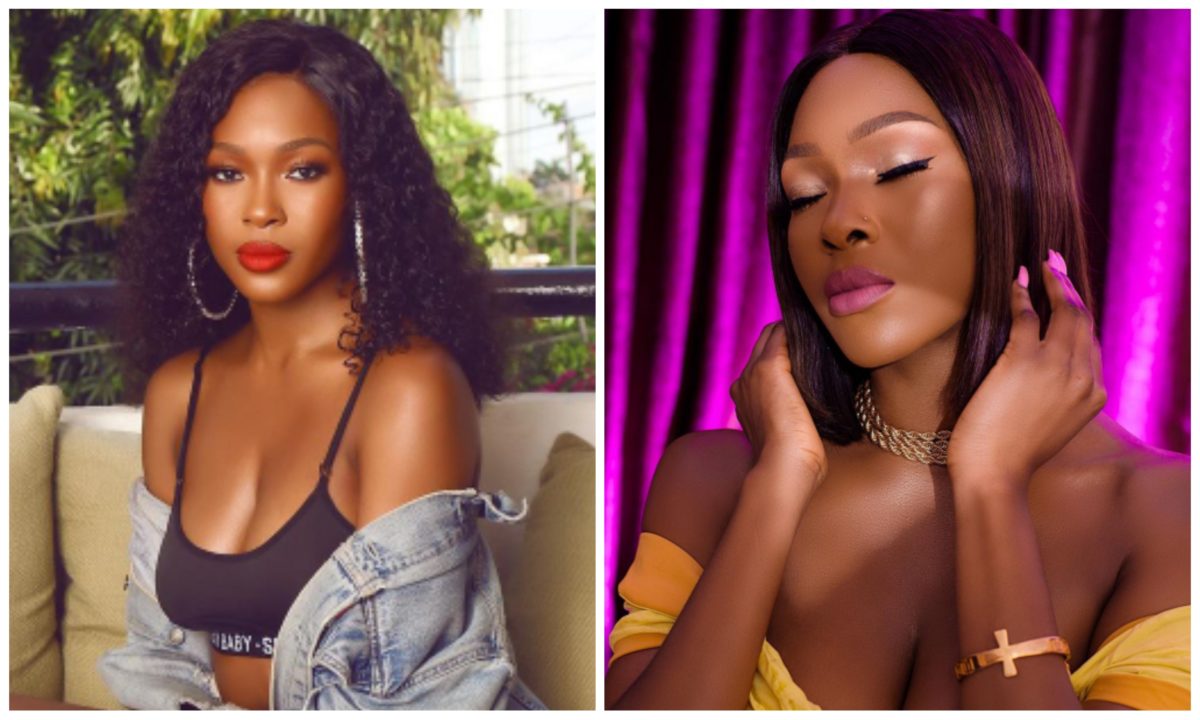 have been forced to deal with trolls on social media ever since she left the show.

the likes of Laycon and Nengi.

READ ALSO
Photo of the Week-"Black Girls Don't Have To Be Mixed To Be Beautiful."

Despite all the trolling she has been receiving on social media, Vee has ensured she stay on top

of her game as she has become prominent on social media for giving this trolls a savage reply.

photo-sharing-app, Instagram, Vee sent a message haters will not be proud of

as she noted that her 1% vote got her to the new milestone.

It would be recalled that Vee was trolled on social media when she recorded 1% vote during the Big Brother Naija ‘Lockdown’ grand finale.

See her message to haters as she hits 1M Instagram followers below:

Vee have also been in the news this past days for her relationship with Neo whom she formed a good partnership with during their time at the reality show. 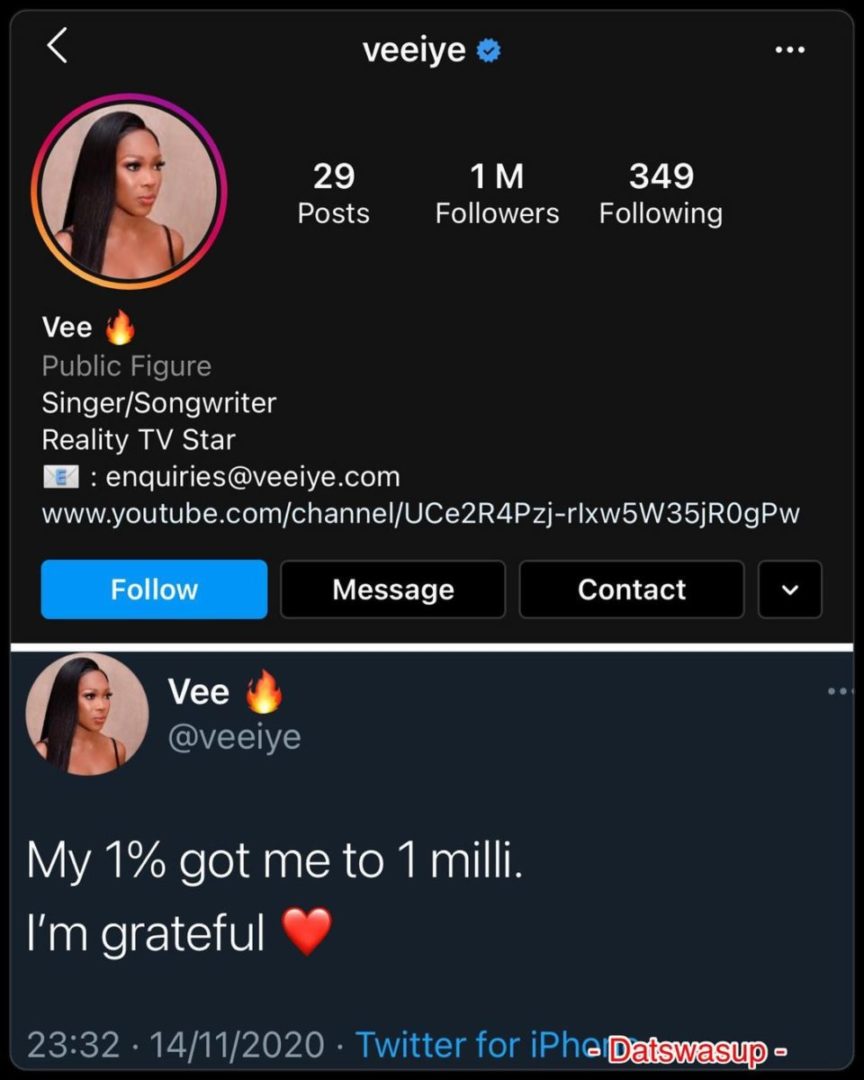