Controversial Nigerian journalist, Kemi Olunloyo have insisted that married men and women in the country should desist from using social media as this might destroy their fake union.

relationship and despite that she has been trolled on numerous occasion, she does not

look like someone that will be backing out anytime soon.

which she claim is a scam and as fans continue to react to her statement, she has continue

backing her statement with facts.

couples who are on social media to desist from using the platform.

According to Kemi Olunloyo, social media is not meant for married people as it’s an avenue to

destroy the fake union couples have engaged themselves in.

#marriageisascam If U are married you should not be on social media. It’s an avenue to destroy your fake union. Remember all the men who exposed themselves in my DM? It ended on Wikipedia. Married women were begging me to take down their husband’s identity. I ruined 2 marriages 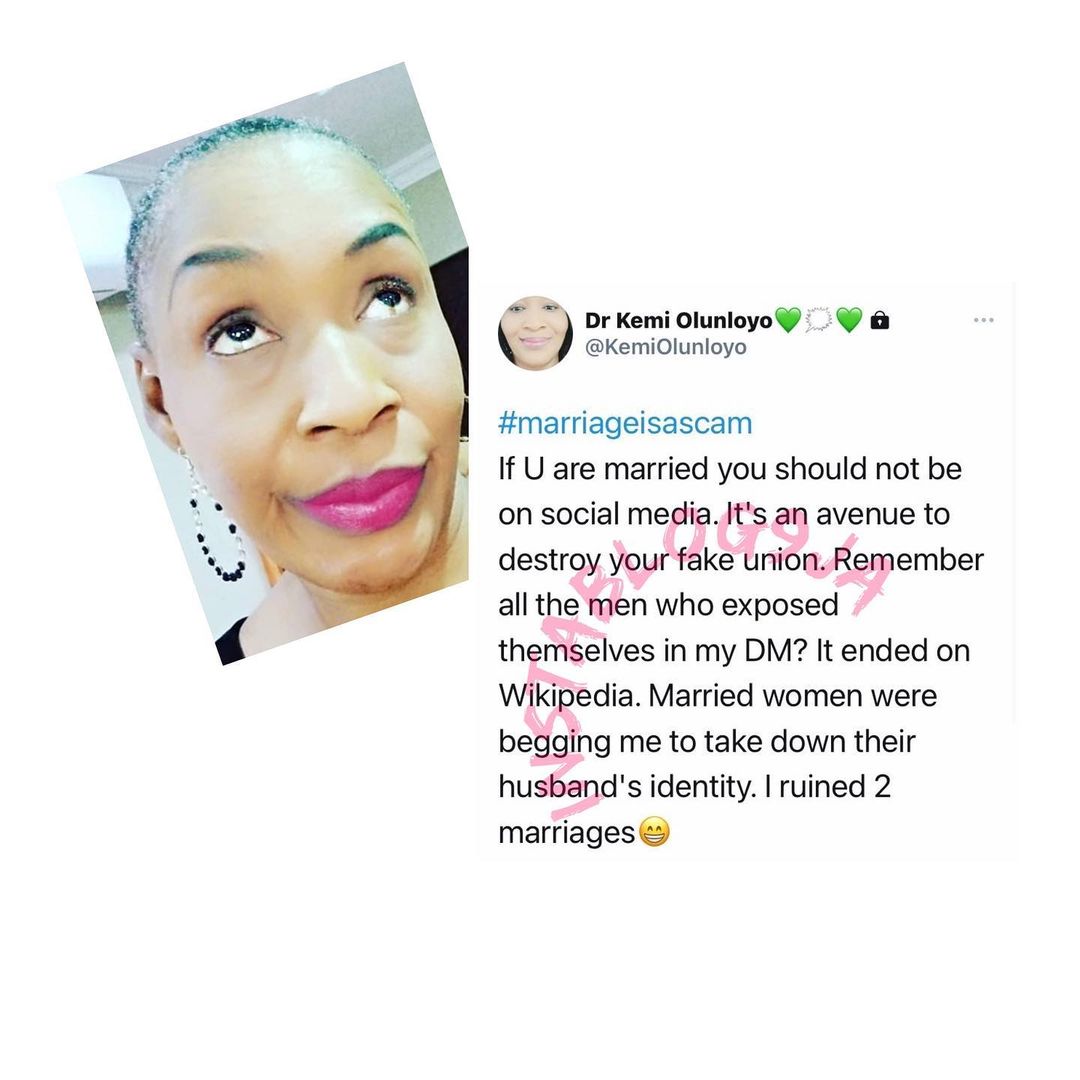 Kemi Olunloyo Replies Halima Abubakar, Threatens To Expose How She Accused Her Colleagues Of Juju