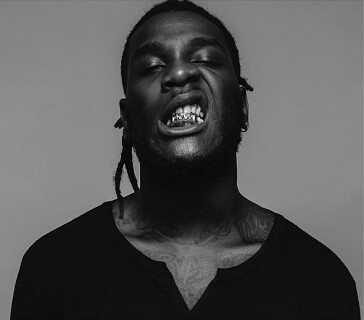 Burna Boy is one of the Top 10 richest musicians in Nigeria, in this article I will be sharing with you Burna Boy Net Worth, Biography, music career, and more.

Burna Boy Biography and Net Worth

Who Is Burna Boy?

Damilu Ogulu, popularly known as Burna Boy, is a songwriter, a singer, and one of the biggest artists in Africa.

Burna boy hails Mbiama, Ahoda west LGA in Rivers State, Nigeria. He was born in Port-Harcourt, Rivers State Nigeria, where he attended his primary and secondary schools. After high school, he went to Oxford.

The odogwu crooner became a household name in 2012 thanks to his hit single, Like Party. Since then, Burna boy has gone to release five studio albums and so many hit singles.

In 2019, Burna Boy’s story changed internationally. His album, Africa Giant made it to Grammy’s World Album category which he lost.

Burna Boy is currently signed to Atlantic Records in the united states and Werner Music Group.

The 29-year-old Odogwu crooner is arguably the biggest artiste out of Africa in this century. Since breaking into the industry in 2010, he has released five projects with countless hits.

His last two albums African Giant and Twice As Tall have been nominated for the Grammy awards.

The whole of Nigeria and Africa at large are rooting for his 2020 album, Twice As Tall to win the Grammy’s world album award.

Burna Boy’s career began getting recognized internationally in 2017 when he featured in “Fall Out Boys” “Sunshine Riptide”. That same year, he featured J Hus, Lilly Allen, and Mabel in his third studio album, “Outside”.

READ ALSO
Tyrese No Longer Being Investigated for Child Abuse

At the 2013 edition of The Headies Award, Burna boy was nominated for the next rated award together with Phyno and Runtown, which he lost to Sean Tizzle.

That same 2013, he went on to win the “best new act of the year” at the Nigerian Entertainment Awards. He won the artist of the year at the 2019 headies award, Best African Act by MTV Europe Music Awards in 2019, and many more awards.

Burna Boy is a highly controversial artist. He is always in the news. He is either, subtly throwing jabs at his colleagues on social media, or he is breaking and setting new records on the world charts. Burna is never silent.

Who is Burna Boy Girlfriend?

Though the Africa Giant is not yet married he is in a relationship with British Jamaican Rapper, Stefflon Don.

In 2019, a video surfaced online showing Burna Boy all cosy with his ex-girlfriend. But Steff was quick to clear the air that it was an old video.

A few weeks back, their relationship is back in the news again, as a lady called Joe pearl accused Burna Boy of allegedly cheating on his girlfriend in a lengthy video released three weeks ago.

Neither Burna nor the current girlfriend, Stefflon, has said anything about the allegation at the time of writing this.

Are Stefflon and Burna still together?

Any hope of Burna Boy and Stefflon Don ending their relationship is finally dashed as both superstars have been spotted celebrating Christmas together weeks after rumours of Burna Boy cheating on his girlfriend with Joepearl.

Fans will be glad both lovers have been able to put the rumour to rest with the public appearance and will be hoping they sustain their relationship.

Burna Boy Net Worth and Cars

The On the Low singer is a lover of exotic and vintage cars, and has spent millions of naira on his car collections, below are some of the cars owned by the African Giant Super Star.

In January 2020, Burna Boy showed off his newly acquired mansion, a  Luxurious 8 Bedroom House In Lekki, Lagos. Burna Boy’s house is estimated to be worth around N500 million naira going by the value of real estate properties of such in the current real estate market.

In May 2020, the singer revealed that he is worth more than $3.5 Million. That is approximately N1.3 Billion. We have little or no doubt about this revelation, taking into account the luxurious cars and houses he owns. The net worth of Burna Boy is definitely more than N1.3 billionaire.

Burna Boy net worth according to Forbes is estimated at $20 million dollars (N9.6 billionaire), making him the fourth richest musician in Nigeria for the year 2021. Burna’s major source of income comes from the digital sales of his Albums, songs, with over 800 million streams across all digital platforms.

Violette - September 7, 2019 0
The head coach of English Premier League side, Watford FC has left the team. Javi Gracia was in charge of the team from January...

Violette - July 12, 2018 0
Antonio Conte has been relieved of his duties at Stamford Bridge after 2 years in charge of the London club. Maurizio Sarri, who was at...

Carabao Cup Third Round Draw is out, as Chelsea face tough opponent away

Adedokun Moses - February 26, 2020 0
Ex. Big Brother Naija star, Cee-C dish out fashion goals as she steps out in a dazzling black outfit. The model and entrepreneur have been...