Nollywood actress/movie Producer, Genevieve is one of the most successful actresses in Nigeria, so you might wonder what is Genevieve Nnaji net worth in 2022.

In this article, we would be breaking down Genevieve Nnaji net worth in dollars, her biography, personal life, and acting career.

Genevieve Nnaji Biography and Net Worth

Who is Genevieve Nnaji?

Genevieve was born on the 3rd of May, 1979 to her Nigerian Parents, Mr Theophilus E. Nnaji and Mrs Benedatte Nnnaji in Mbaise Local government, Imo State, Nigeria.

She spent her early childhood in the city of Lagos. Genevieve is the fourth born out of eight children.

Back in 2018, the screen goddess shared a lovely photo with her younger sister, and Brothers Ebuka, and Stephen Nnaji.

Genevieve’s father worked as an engineer and her mother as a nursery school teacher.

For her Education, when Genevieve was of age, she attended Methodist girls college Yaba, Lagos.

While she proceeded to the University of Lagos, having successfully passed her WASSCE to study creative arts.While at the university, She began auditioning for acting jobs in Nollywood.

The 41-year-old actress has been in the Nollywood movie industry spanning over two decades.

She won the Africa Movie Award for best actress in a leading role in 2005, making her the first actor/actress to win the award.

While in 2011, she was honoured as a Member of the Order of the Federal Republic by the Nigerian government for her contribution to Nollywood.

Her directorial debut movie, Lionheart, is the first Netflix Original from Nigeria, and the first Nigerian submission for the Oscars. The movie was disqualified for having most of the dialogue in English. 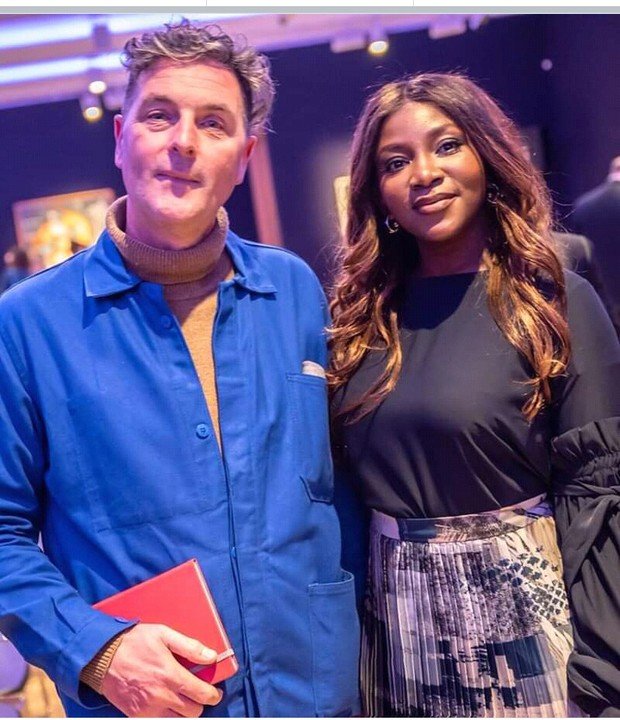 Genevieve Begin her acting career from her early days in the then-popular television soap opera Ripples at the age of 8.

Upon her graduation from the university, In 1998, at the age of 19, she was introduced into the growing Nigerian film industry with the movie Most Wanted.

Her subsequent movies include Last Party, Mark of the Beast, and Ijele. In 2010, she starred in the award-winning film Ijé: The Journey.

Furthermore, Genevieve Nnaji is a very strong girl and a women activist. She advocates for Nigerian girls to be able to have a say in who they choose to marry.

She is against early marriages for the girl child. Genevieve is strongly against the abuse of women in society.

Moreover, Genevieve is also a Model, Nnaji has featured in several commercials, including Pronto (beverage) and Omo detergent.

In 2004, After winning the massive vote, she became the “Face of Lux” in Nigerian a highly lucrative sponsorship deal.

In May 2010, she was appointed to be the official “Face of MUD” in Nigeria.

Genevieve Nnaji Net Worth and Other Businesses

In 2008, Genevieve Nnaji launched the clothing line “St. Genevieve”, She has so far partnered with Nigeria eCommerce giant company Jumia and you can also get her clothes on the online leading stores in Nigeria.

The Veteran actress lives a private life, apart from been known for her many movies, Genevieve has been able to maintain a scandal-free life as an actress and a Nigerian celebrity.

Who is Genevieve Nnaji dating?

The 41-year-old actress till now is single and to date, Genevieve has not been married or really dated anyone.

Although some years ago she dated, Nigerian singer Dbanj but it was for a brief spell as she also succeeded in keeping it private.

She is also a single mum, Genevieve Nnaji daughter name is Chimebuka Nnaji, and her father is allegedly Dotun Oladipo popularly Acura by his people in Egbeda area of Lagos.

According to reports, Dotun impregnated Genevieve when she was 17 years old.

Genevieve Nnaji reveals why she’s scared of getting married

Veteran Nollywood actress, Genevieve Nnaji has revealed in a recent interview why she is scared of getting married.

The mother of one who has never been married disclosed that her major fear is having a failed marriage.

According to the 41-year-old, she decided to remain single because she does not want to experience a failed marriage.

“If I get married, I really want to stay married, and staying married is not an easy thing. It means you are completely in tune with your partner.”

“It means you have found your soul mate and will have to be able to stand a lot of disappointments that would definitely come but then again you have to learn how to forgive.”

For those who do not know, Genevieve gave birth to her daughter, Theodora Chimebuka Nnaji when she was still in secondary school, at the age of 17. Theodora is now married to her Heartthrob, Prince Chigozie Ikediwa.

Over the course of her illustrious acting career, Genevieve has bagged multi-million dollar endorsement deals which includes:

In 2018, the net worth of Genevieve Nnaji skyrocketed after she sold her movie Lion Heart which she produced and acted in, to Netflix for $3.8 million (N1,385,100,000 or N1.3 billion), as she became the first and only Nollywood’s billionaire to date.

Genevieve Nnaji net worth according to Forbes is estimated at $12 million dollars, making her the richest female actress in Nigeria. Her major source of wealth comes from her numerous movies, endorsement deals, and other Businesses.

Zaddy likes em like that – BBNaija’s Vee silence troll who spoke about her...

Violette - October 31, 2020 0
Big Brother Naija 'Lockdown' housemate, Vee have shown how much she's ready for any fans coming to troll her as she silence one who...

Johnson Olumide - March 21, 2020 0
Nollywood actress, Chika Ike took to her social media space to share these beautiful photos of herself from a recent photoshoot and she looks...

Johnson Olumide - February 18, 2020 0
The 37-year-old Edo State born Nollywood  Yoruba actress whom has been about everything beautiful you can ever imagine. (adsbygoogle = window.adsbygoogle || ).push({}); The mother of...

Johnson Olumide - March 21, 2020 0
It appears fashion designer , Toyin Lawani has responded to Bobrisky’s shade . Toyin who celebrated her 37th birthday on Friday with a lavish concert...

Johnson Olumide - February 18, 2020 0
The 30-year-old Dance like we making Love singer was Interviews recently by the Glamour Magazine for their New Issue Just weeks after Getting Married...