Linda Ikeji is arguably the richest blogger from Africa,  So its safe to ask what is Linda Ikeji net worth in 2022 according to Forbes? since 2012 when she first hit it big.

This article would be answering some of the most frequently searched questions about Linda Ikeji and how she amassed so much wealth for herself, her Biography, Personal life and the net worth of Linda Ikeji in 2022.

Linda Ikeji Biography and Net Worth

Who is Linda Ikeji?

The Billionaire blogger was born Linda Ifeoma Ikeji on the 19th of September 1980 and was raised in a catholic family from Nkwerre, Imo state Nigeria.

How Old is Linda Ikeji? 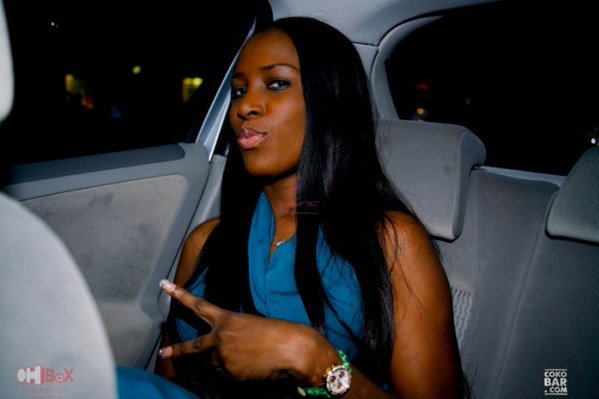 Linda was raised by her father and mother alongside her other siblings, she was the second child. While growing up, Linda developed her writing skills at the age of 10.

When Linda was of age, she was enrolled in nursery and primary, at the age of 17 she finished her secondary school education by also passing her WAEC.

At age 18, she gained admission into the University of Lagos, where she studied for a B.Sc English Language.

While schooling at the University, Linda engaged in various part-time jobs to support herself and her family. She worked as a waitress, model, and writer.

In 2004, Linda graduated from the University of Lagos and after trying out so many businesses, she moved on to blogging in 2016 giving birth to what we now know as the Lindaikejisblog.

Linda kicked off a career in blogging back in 2016, months after she was featured her Modelling Agency business was featured on fast-rising lifestyle Bellanaija which is owned by the U.S based Uche Pedro.

Linda revealed via an interview that she took the blogging Job seriously as she had no other business venture that was working for her.

Back then she would go use the Cyber Cafe to be able to post on her blog which she started on the free hosting site Blogger.com with a subdomain www.Lindaikeji.blogspot.com.

In October 2014, Linda suffered a major setback as her Blog was deleted by google the owners of blogger.com over plagiarism issued.

Linda has since then moved on to WordPress in 2019 and her site address now has a domain name known as www.lindaikejisblog.com

The 40-year-Old blogger has been dragged on social media more than any Nigerian that is famous. 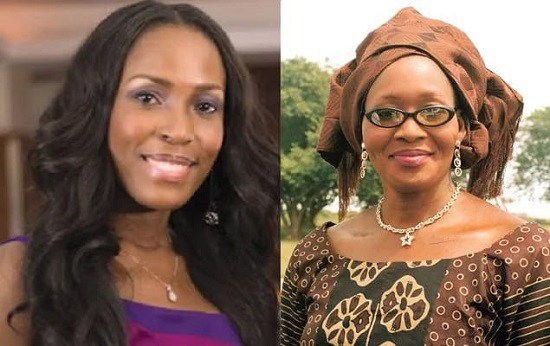 According to Kemi Olunloyo, in September 2018, she revealed the real reason she has been at war with Linda was that she slept with her sister’s fiancee two weeks before their wedding.

Lind revealed to the world in 2018 that she was pregnant and the whole of social media ran riot over it as they dragged her back and forth.

Her pregnancy brought more questions than answers and combined with the hate attack she has received online.

According to rumors, Shola Jeremi was meant to be Linda’s husband, a popular oil big boy from Delta state who is a principal associate of Nigerian Oil minister Ibe Kachikwu.

Linda Ikeji Apologises To Fans For Having Child Out Of Wedlock

Ever since Nigerian blogger, Linda Ikeji, debuted her pregnancy bump, she has faced backlash for obvious reasons.

For years, most fans of Linda knew their model as a self-styled celibacy advocate known for her stance against premarital sex. Linda would later clarify she was against “casual”, not “premarital” sex.

During her infamous beef with the Nigerian superstar, Wizkid, in April 2016, the latter accused her of sleeping with his music video directors.

In her response, Linda said, she was living a ‘celibate life’.

And so when it became clear on May 20 that Linda was pregnant, it was a rude shock, and then she became the butt of internet jokes.

Critics also claimed she deceived gullible young ladies by preaching celibacy while having a secret romantic affair that resulted in pregnancy outside of wedlock.

Linda eventually welcomed a son named Jayce in the U.S, In September, Linda came under serious scrutiny over the paternity of the baby, she maintained a prolonged silence on the controversy.

But in a shocking move on Friday morning, Linda finally released photos of her three-month-old son, confirmed that a socialite, Sholaye Jeremi, is his father, and also apologized to fans for falling pregnant outside wedlock.

Nigeria’s richest blogger and single mum bought her Banana Island mansion for ₦450 million back in 2016, but currently, as it stands while comparing the prices of houses such as she’s on the current real estate market, Linda Ikeji House’s net worth is estimated at ₦900 million Naira.

When it comes to exotic cars, the 40-years-old blogger and entrepreneur seats among the A-list of Nigerian celebrities that own some of the most expensive and exquisite cars in Nigeria.

The 40-year-old single mum took to her social media page to post photos and videos of her new ride.

Recall back in September when she celebrated her 40th Birthday, Linda revealed that she already ordered the latest edition of the SUV exotic ride and was expecting it to arrive before the year ends.

She also bought 40 pairs of expensive shoes from different world-known shoe designers to celebrate her birthday.

In December 2018 to celebrate the birth of her son, Linda Ikeji bought a brand new Bentley Mulsanne which cost $304,670 dollars.

The Self-acclaimed billionaire, Linda Ikeji net worth according to Forbes is estimated at $45 million dollars, making her the richest blogger in Nigeria and Africa. Linda’s major source of wealth and income comes from her worldwide popular blog, real estate investments, and various other media-related businesses.

Johnson Olumide - April 7, 2018 0
On Thursday Evening, the internet was hit with the news of singer Alizee’s passing.  According to reports, Alizee’s husband murdered her and her 4-year old...

Nicki Minaj Addresses issues with Twitter, Says She will never Use the Platform Again...

Johnson Olumide - September 16, 2021 0
American Rapper, Nicki Minaj has made up her mind she would never go back on Twitter after her last post was censored over the...

Johnson Olumide - March 21, 2020 0
Snapchat blogger,@Fatpu$$y055 has dropped the number of male celebrities who have ‘benged’ actress, Efia Odo. According to the snapchat handle,the reason for Efia Odo’s break...

Johnson Olumide - June 26, 2021 0
Nigerian singer, Lyta's baby mama, Kemi took to her social media to reveal that since she dumped the artist, she has achieved more and...