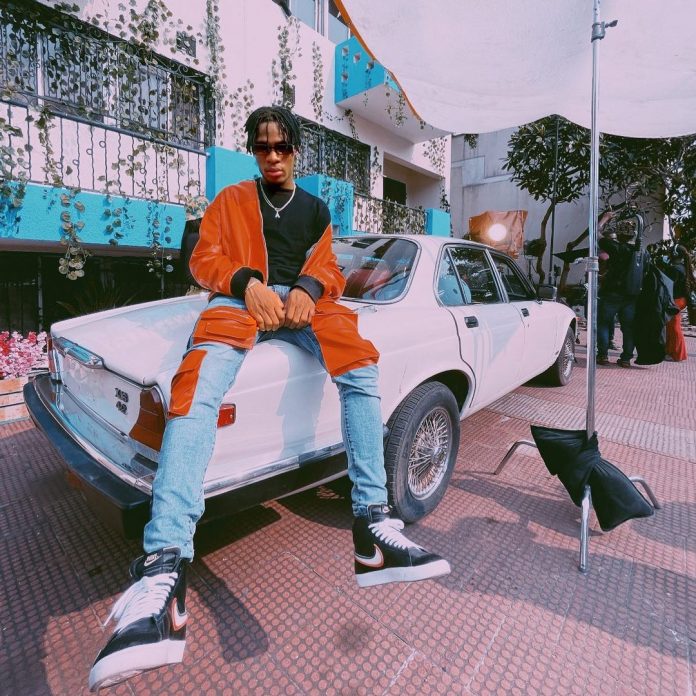 Joeboy signed a multi-million naira endorsement deal with Samsung in January 2021, which automatically escalated his net worth. He went ahead to release his debut studio album titled “Somewhere between Beauty & Magic” some months later.

However, am guessing the question on the minds of millions of followers and lovers of his music would be how much is he really worth right now?

Look no further, as I would be giving you all the inside details abo his net worth, personal life, biography, and music career.

Joseph Akinwale Akinfenwa (born May 21, 1997), and hails from Lagos State Nigeria to Mr and Mrs Donus.

He attended both his primary and secondary school education in Lagos, Nigeria, after which he proceeded to the University of Lagos, where he graduated with a B.Sc in Human Resources.

Joeboy defied all odds some years ago when he stormed the music industry with a purpose and he has been able to achieve it as his songs have been accepted by fans and lovers of good music.

Moreover, he was discovered by Nigerian Artist Mr Eazi in 2017, after which he signed him to his record label “Empawa Africa”.

The talented singer brought a new sound to the music world and it wasn’t surprising when top artists started collaborating with him to dish out hits.

For instance, his relentless effort has ensured that he was nominated for top awards which he won some and lost some to artists who are also doing good for themselves.

The young energetic singer blessed fans and lovers of good music with his debut album which he titled ‘Somewhere Between Beauty and Magic‘.

The album has 14 hit tracks and has been accepted by fans and lovers of good music ever since it was released on the 4th of February 2021.

Is Joeboy in a relationship?

Joseph Akinwale Akinfenwa in a recent interview revealed that he is in a mutual relationship with a sugar mummy and they are both happy.

The My Baby crooner currently doesn’t own a house property yet to the best of public knowledge, but currently lives in a well-furnished, luxurious apartment in Lekki, Lagos.

Does Joeboy have a Car?

The My baby crooner earlier this year showed off his brand new 2015 Lexus E350 Car worth ₦10 million Naira, to his friends and close associates, one of them being BBNaija winner, Laycon who immediately took to his Snapchat to show off the new ride.

The Talented Nigerian singer and songwriter started 2021 with a bang as he bags an endorsement deal with one of the biggest brands in Nigeria, Samsung.

The young energetic singer shared a picture of himself being announced as the newest member of Samsung and captioned it with some words that showed he’s not taking the opportunity for granted.

Joeboy is currently one of the fast-rising artists and most influential artists in Nigeria with an estimated net worth of $3 million dollars as of 2022. Joeboy’s major source of wealth comes from his musical earnings via streaming on Digital Platforms and Youtube Musical videos.

Joeboy is currently one of the fast-rising artists and most influential artists in Nigeria with an estimated net worth of $3 million dollars as of 2022.

How Old is Joeboy?

Joeboy is currently 25 years old as of the time of writing this article.

Where is Joeboy from?

The multi-talent singer is an indigene of Lagos State Nigeria.

What is Joeboy real name?