Home Celebrity Net Worth and Biography Simi Biography, Net Worth, and Music Career (2022) 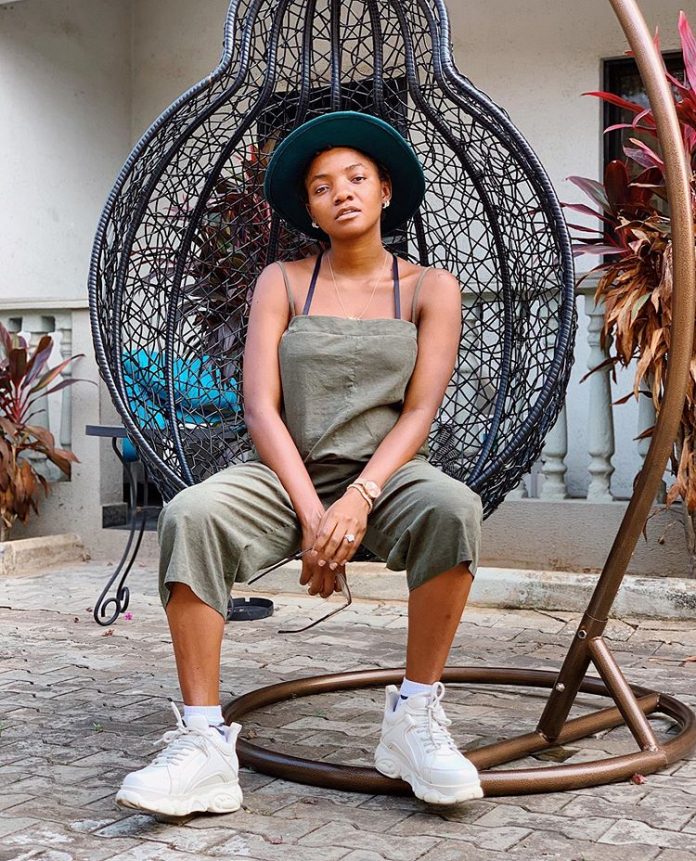 Simi, one of the richest female Nigerian artists in the last 5 years, who over the last seven years has been consistently releasing good music for the body, soul, and mind of Nigerians who love slow ease of mind and some funk music, no wonder her fan base grew to over 7 million Instagram followers.

In this article, we did be giving you a closer look at her Biography, Age, Relationship, net worth and musical career.

Simisola Bolatito Kosoko was (born April 19 1988), in Lagos Nigeria to Mr and Mrs Ogunleye. She grew up mostly with her mum and her subling, She is the last of four children.

She attended Stars International College, a secondary school in Ikorodu, Lagos State. She is an alumnus of Covenant University, where she studied Mass Communication.

She got signed to X3M record label in 2014, after which she released her hit single JAMB Question, which launched her on a part to greatness. the song was accepted by so many Nigerians and her fan base began to grow massively.

In her 5 years with X3M record label, she released lots of hits singles along with two albums, Simisola (2017) and Omo Charlie Champagne Vol 1 (2019).

In May 2019, X3M Music announced the departure of one of its recording artists Simisola Ogunleye following the expiration of her recording contract.

Her special voice, unassuming look, and writing talent are what attracted her to X3M when she was signed in 2014.

Her final album for X3M music ‘Omo Charlie Champagne’ was released on April 19, 2019. X3M music is reputed to have a bias for original, alt music; especially in an industry dominated by pop.

Her record label Known as Studio Brat was launched in June 2019. Under her new owned record label she released her hit single Duduke in April 2020.

The music video for the song Duduke went on to achieve over 50 million Youtube Streams, in January 2022.

Her first body of work since launching her record label was an EP titled Restless II, released in October 2020 in partnership with UK based music distribution company called PLATOON owned by Apple.

The Restless II EP  contains a 6-track body of work which includes the following songs.

Apart from being a singer and songwriter, she is also a sound engineer. She is credited with mixing and mastering Adekunle Gold’s debut studio album Gold, which was released in July 2016. Her music style is basically hinged in the rhythm and blues, soul and hip-hop music genres.

Lovebirds Simi and Adekunle Gold secretly got engaged in December 2018, as the couple held a low-key traditional marriage introduction. It was attended by only their family and close friends, and photos were not allowed to be taken.

In January 2019, she and her long-time boyfriend, Adekunle Gold finally got married at a beach setting all-white wedding, the ceremony was attended by just 300 guests.

Who is Simi real husband?

Multiple award-winning singer and songwriter Adekunle Gold has gone down the memory line to reminisce on how he met Simi as they celebrate their 2nd wedding anniversary.

Sharing an old picture of Simi, Adekunle Gold revealed that he met Simi at one of her shows and he made sure he got there early to seat in the front role after watching her perform, he knew that very day that he wanted to be in her life.

Did Simi and Falz Date?

Simisola aka Simi and Folarin Falana aka Falz never dated, although there we lots of rumours due to the chemistry between the two-star singers right from when Falz released his hit single ‘Soldier’ featuring Simi.

Simi is currently one of the richest female musicians and most influential artists in Nigeria’s music industry with an estimated net worth of $3 million dollars as of 2022. she acquired her wealth majorly from her musical career and a few Endorsement deals.

Simi is currently one of the richest female musicians and most influential artists in Nigeria’s music industry with an estimated net worth of $3 million dollars.

How old is Simi now?

Where does Simi Come from?

What is the name of Simi new baby?

Afropop singer and songwriter Simi has penned a heartfelt message to her daughter, Adejare Kosoko, who turned a year older on May 30th, 2021.