Home Celebrity Net Worth and Biography Bobrisky Biography, Net Worth, House and Cars (2022) 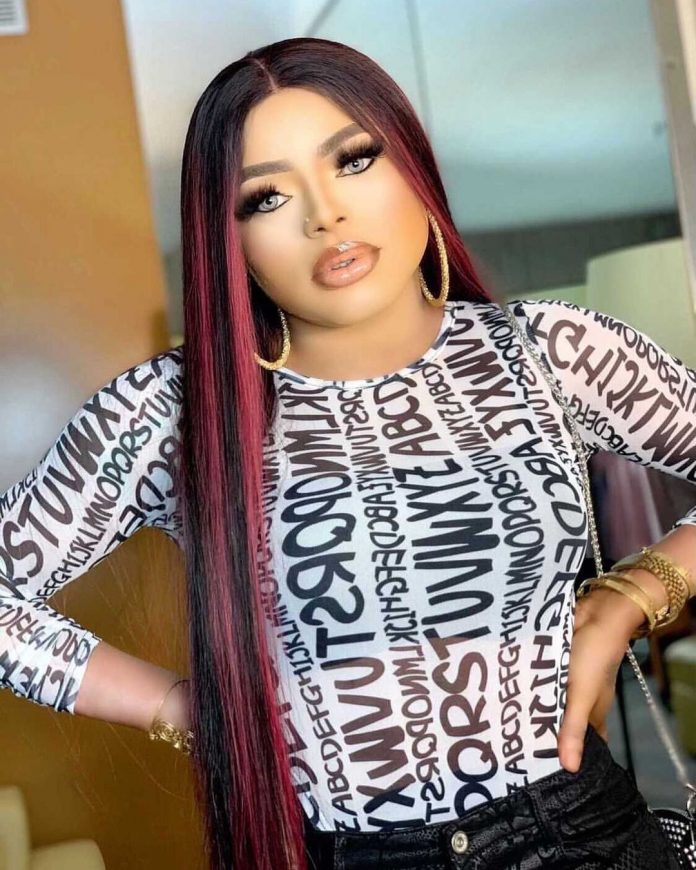 Bobrisky is arguably the richest Nigerian Crossdresser and does know how to show it off on social media, ranging from his/her exotic car collection to his account balances running into millions of naira. All this for just being a crossdresser, raises the question of how much does he really worth?

Bobrisky Biography and Net Worth

Bobrisky whose real name is Idris Olarenwaju Okuneye was (born August 31, 1992), in Lagos, Nigeria in a Polygamous home. His father is Alhaji Okuneye, who is known to be a good and responsible man in the community and has been living here in Ejigbo since 1995.

Okuneye Idris Olarenwaju attended King’s College Lagos for his Secondary Education, after which he proceeded to the University of Lagos, where he bagged a bachelor’s Degree.

In February 2021, he once again pledged his loyalty to her best friend, Nollywood actress Tonto Dikeh amid rumors of a fallout.

According to some fans, Tonto Dikeh has decided to end her relationship with him due to her ambition of making it big as a philanthropist and entrepreneur while working hand in hand with top government officials.

Idris has now decided to clear any rumor surrounding their relationship as he noted that those waiting for their fallout will have to wait another 100 years.

In April 2021, Tonto Dikeh finally unfollowed Bobrisky on social media, while Bob also did the same and confirmed on his social media page that his Friendship of 5 years with Tonto Dikeh has ended.

The Nigerian crossdresser rose to prominence not just as a crossdresser and skincare ambassador, but also for being embroiled in a slew of online social media tangles with a slew of Nigerian celebrities. The two most well-known controversies are listed below.

The drama started when James Brown called out Idris as he noted that his senior in the cross-dressing business is threatening and planning to kill him.

According to James Brown, Bob is accusing him of stealing his contents.

However, Idris replied by sharing a conversation between himself and James Brown as he threatened to send him to jail.

According to the male barbie, he has been there before and would not be intimidated by his threat.

Since Idris Okuneye emerged from the shadows as a crossdresser, he has been involved in so many controversies online and the most famous of them all is his war and displeasure against Toyin Lawani.

Both celebrities have shaded each other a couple of times over the last few years. the most recent of them was in 2018 when Bob dragged Toyin Lawani over reality star Nina Ivy.

In October 2018, Toyin Lawani via an interview with LITV’s Hero Daniel finally revealed she was hurt when Bob turned against her.

According to the 37-year-old fashion designer and stylist:

”Its a way of life. Humans would always be humans. That shouldn’t change you.

If you change, that means you were never nice in the first place”

When asked if she was disappointed when Idris Okuneye changed his attitude towards her after many years of being under her tutelage, she responded;

”Obviously. It will because he was someone that was coming to my empire He was

someone that when I said I didn’t want this relationship anymore.

I felt he took it the wrong way but I had my own reasons. Because people say bad things about you should mean you should change or stop helping people”.

Before his transformation, Okuneye Idris Olanrewaju was just your Regular Nigerian young man wallowing in poverty.

In an interview some years ago with Adesuwa, Bobrisky revealed that he got tired of Poverty, and his desperation gave birth to him bleaching his skin to become Bobrisky a crossdresser and skincare entrepreneur.

In May 2021, Controversial Nigerian cross-dresser, Bobrisky shared a video of himself undergoing surgery on his backside. a few days later he posted that he was rushed to a nearby hospital due to the pains of the Brazilian Butt Lift.

Many Nigerians on seeing recent pictures of Bob after the surgery are of the opinion that he didn’t do any surgery as they can’t see an increase in his butt.

He became recognized for being highly controversial on social media. Bob was able to gather traffic to his Snapchat account when he claimed he had a lover who is assumed to be of masculine gender despite the Nigerian constitution at that point in time which made such same-sex relationships an offense punishable by serving 14 years in a penitentiary

Bobrisky is one of the most well-paid Instagram influencers in Nigeria with a massive over 3.2 million organic followers on the photo-sharing app.

He noted that he has not been spending money from his account ever since the year began as his boyfriend has been making provisions for all his needs.

Bobrisky who couldn’t hide how he felt about the love and care he was being shown by his boyfriend burst into tears as he thanked him for his good gesture.

Bobrisky at his father’s birthday

Controversial cross-dresser, Bobrisky has shown how respectful he is as he ditches cross-dressing during his father’s birthday party.

Bobrisky stormed his father’s birthday, June 15th, 2020 with a convoy of expensive cars before gifting him a huge birthday cake to celebrate his new milestone.

Bobrisky also made sure the day was memorable as he entertained some family members and friends who were present at the event with some nice treats.

However, the controversial male barbie surprised many when he decided to turn up as a man and ditched his popular cross-dressing style.

According to Bobrisky, the price of all decorations and furnish is N12 million, she took to his Snapchat to show off the different sections of his house.

Bobrisky is currently the richest crossdresser and one of the richest Instagram influencers in Nigeria with an estimated net worth of $3 million dollars.

What do Bobrisky do for a living?

Does Bobrisky own a house?

Does Bobrisky have a husband?

Idris Okuneye, also known as Bobrisky, the self-proclaimed Nigerian transgender, has revealed why he has failed to marry. The 30-year-old cross-dresser revealed in a recent Instagram post that, while he is in a relationship, his partner is a married guy.

How old is Bobrisky?