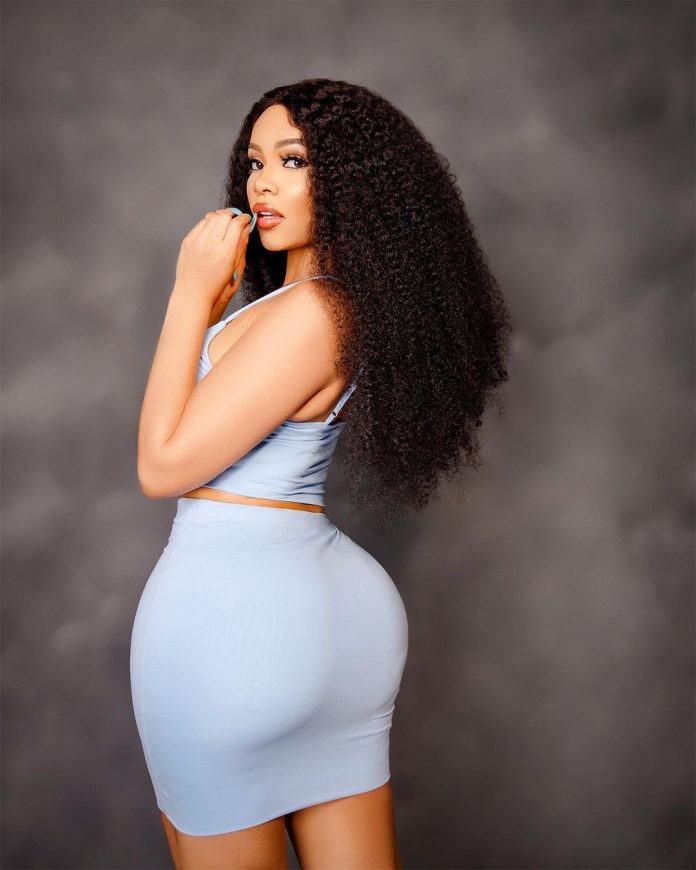 BBNaija reality star Nengi from the Lockdown Edition acquired her first multimillion naira house in Lagos, at the age of just 24-years-old.

Many of her fans are celebrating her latest achievement, while others are asking questions, such as, how much is Nengi actually worth?

In this article, we would be getting to know more about her net worth, Biography, Personal life, relationship, endorsement deals, house, and cars.

Who is  Rebecca Nengi Hampson?

Rebecca Nengi Hampson was (born January 1, 1998), and hails from Bayelsa State in the south southern part of Nigeria, where she completed both her primary and secondary school education and obtained both her First School Leaving Certificate and West African Senior School Certificate.

After completing her primary and secondary school education, the pretty lady proceeded to the University of Port Harcourt and graduated with a Bachelor’s Degree in Mass Communication.

During the BBNaija 2020 show, she said she started living by herself at a young age after losing her mother and also revealed that she moved out of her parent’s house at 15 and has been living independently ever since.

She is a former model and MBGN Top 5 contestant who loves learning new things, having fun, travelling, taking on new adventures, and being true to herself.

The life of a reality star, celebrity, and public figure like that of Rebecca Nengi Hampson will always be under the eye of public criticism, social media trolls, and heavy scrutiny.

But there is always the good side and extravagant lifestyle to fame that she intends to enjoy to the fullest.

While on the BBnaija Reality show, revealed she was in a long-term relationship, but her now ex-boyfriend broke up with her the moment he knew she was going for BBnaija.

She is currently believed to be in a romantic relationship with former fellow housemate Ozo.

Both love birds since the reality show ended, have been seen more often than together, although none of both celebrities has officially confirmed their relationship, but have also stated they are in a good place and are not searching for love.

Rebecca Hampson is one of the topmost endorsed BBNaija lockdown housemates, below are some of her major endorsement deals.

She took to her Instagram page, to share the news with her fans, as she expresses that 2021 just keeps getting better while encouraging her fans to be consistent, dedicated, and hard-working, all of which got her a new home.

As she becomes the second Housemate from last year’s Lockdown Edition to own her own house.

January 1, 2021, she was gifted a brand new Range Rover worth over N30 million naira by fans on her 23rd birthday.

The reality star shared a video of her new car today on her Instagram stories as she dance in celebration of her latest achievements.

Nengi joined the likes of Laycon who won the fifth edition of the reality show and was gifted a brand new car when he celebrated his birthday as well as Dorathy who wept profusely upon seeing the car gifted to her.

On the 11th of January, 2021, Big Brother Naija star Nengi Rebecca Hampson achieved a new milestone on social media as she becomes the first female ‘Lockdown’ star to hit 2 million followers on Instagram. she currently has over 2.2 million Instagram followers.

Before becoming a reality star, her net worth was not known to the public, but she has over the years enjoyed a successful modelling career and continues growing her shoe brand called Shoe by Flora.

Nengi is currently one of the richest BBNaija Housemates and the most popular during BBNaija Season 5 Edition with an estimated net worth of $300,000 dollars. her major source of wealth comes from her multimillion naira endorsement deals, Shoe Line, real estate Investment, and her winnings (₦5.3 Million Naira) from the BBNaija reality show.

What is the Networth of Nengi?

Nengi is currently one of the richest BBNaija Housemates and the most popular during BBNaija Season 5 Edition with an estimated net worth of $300,000 dollars.

Did Nengi do surgery?

The 24-years-old Reality star after weeks of speculation revealed she did Liposuction, which is a technique in cosmetic surgery for removing excess fat from under the skin by suction.

Did Nengi buy a house?

What does Nengi do for a living?

What is Nengi real age?