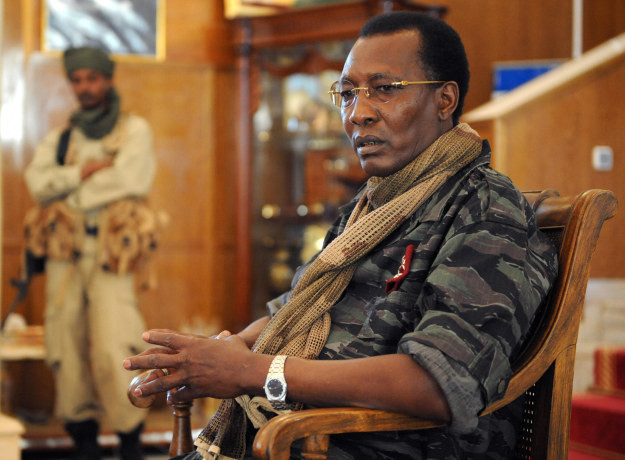 Newly Re-elected Chad President Idriss Deby has died from multiple bullet injuries on his visit to the soldiers frontline who were fighting rebel groups in the country.

According to the latest reports, Idriss 68, “has just breathed his last defending the sovereign nation on the battlefield” over the weekend, army spokesman General Azem Bermandoa Agouna said in a statement read out on state television.

General Mahamat Kaka, the son of the deceased Chadian leader, has been named interim head of state, the army spokesman said.

President Idriss Deby of Chad had won a sixth term in office as confirmed in provisional results released by the election commission on Monday, April 19.

The elections were held on April 11 and had a turnout of just under 65%. Former prime minister Albert Pahimi Padacke came in second with 10.32% of the vote, while Chad’s first female presidential candidate, Lydie Beassemda, secured 3.16%. The election was boycotted by the country’s top opposition leaders.

Mr Deby who has ruled Chad for 30 years, had campaigned for peace and security in the country afflicted by violence. The Supreme Court still has to approve the results after considering possible appeals.