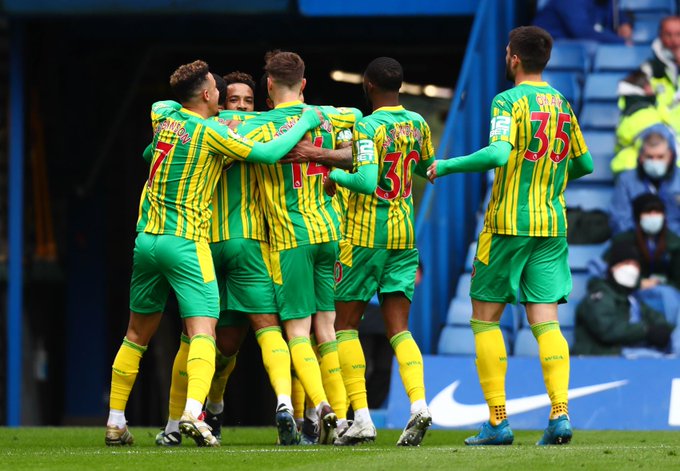 It was a frustrating afternoon for Chelsea as their unbeaten run under Thomas Tuchel finally ended after they were outclassed by West Brom. 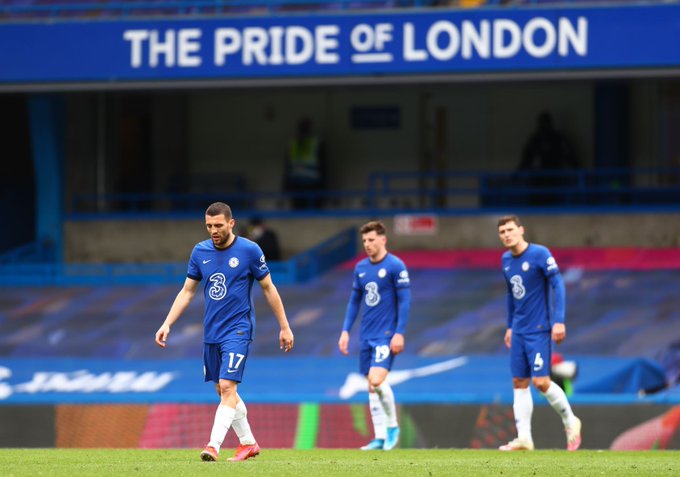 Chelsea went into the match at Stamford Bridge full of confidence, having not lost a single match ever since Thomas Tuchel replaced Frank Lampard on the hot seat.

The blues looked like a team strolling to another victory when Christain Pulisic scored the first goal in the 27th minutes.

However, Thiago Silva was sent off in the 29th minutes and the blues failed to compete with West Brom with ten men.

Pereira scored twice in the first half added time to give West Brom an edge over the blues, a move that delights Sam Allardyce.

Though Chelsea tried to fight back in the second half, Callum Robinson scored in the 63rd minutes before Diagne shut down any hope of the blues comeback by scoring the fourth goal in the 68th minutes.

Mason Mount who came in as a second-half substitute scored in the 71st minute to give the blues a lifeline.

West Brom who were playing their best football this season scored their fifth goal in the closing stages of the game.

West Brom in the process became the first team to score 4+ goals against the blues in the Premier League since Liverpool in July 2020 when they scored five.