Controversial cross-dresser, Idris Okuneye popularly known as Bobrisky has revealed that he has changed his male reproductive organ to that of a woman, in the process welcoming himself to womanhood. 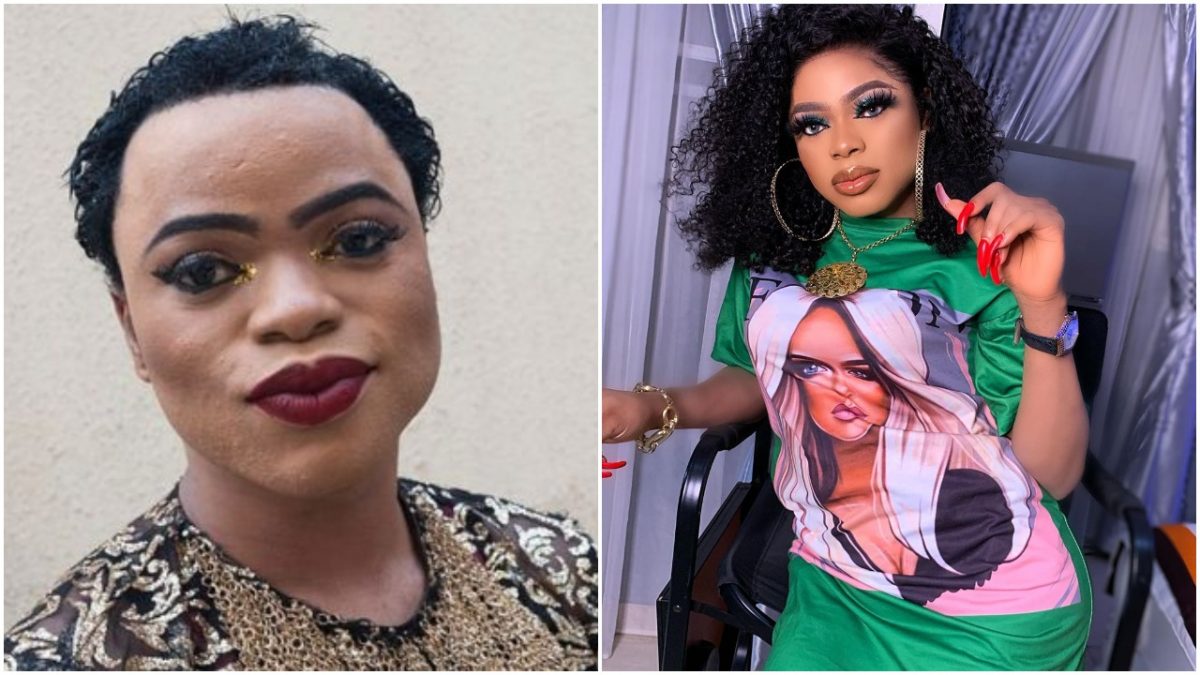 Bobrisky has been consistent in telling fans his plans of going for a facial feminization surgery to change his face entirely to that of a woman as well as changing his reproductive organ.

However, not much has been heard ever since he made his intentions known to fans, Bobrisky has been dragged by those who believe he’s chasing clouts.

According to the popular brand influencer, his female genitals are better than some women. He also revealed what he’ll do if anyone accuses him of rqpe.

“Thank God say I don turn my former thing to kpekus now, I don join womanhood. If you like to accuse me of rape I go just off my pant show them oga police say na kpekus there. No laugh please. my own kpekus make sense pass my fellow women own self.” 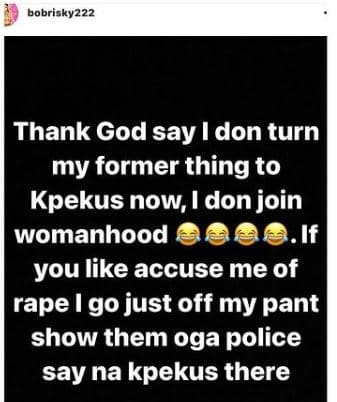