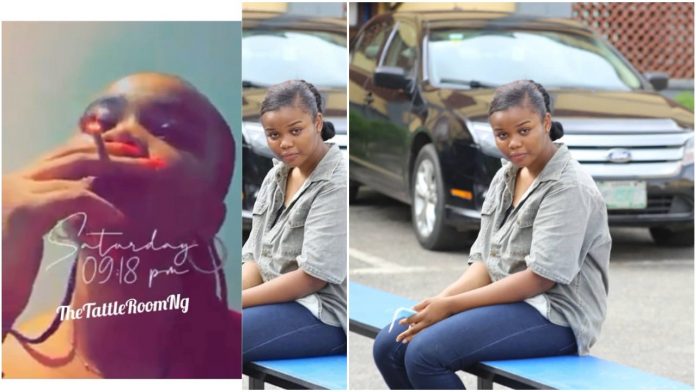 Its been over 24 hours since the arrest of Super TV CEO, alleged murderer, Chidinma Ojukwu, and just moments ago another video of her smoking a cigarette like a pro surfaced online.

The 21-year-old UNILAG Student is under investigation over the death and murder of Michael Usifo, the Nigerian Police via a press release yesterday confirmed that Chidinma had other suspects involved is now at large. (READ IT HERE).

Earlier today, more CCTV footage was shared online that showed The Super TV CEO, Michael Usifo, and his lover, Chidinma at a restaurant before she killed him. (Watch the video here).

Graphic Footage of the Super TV CEO, Michael Usifo lying in a pool of blood has also been released (watch video).