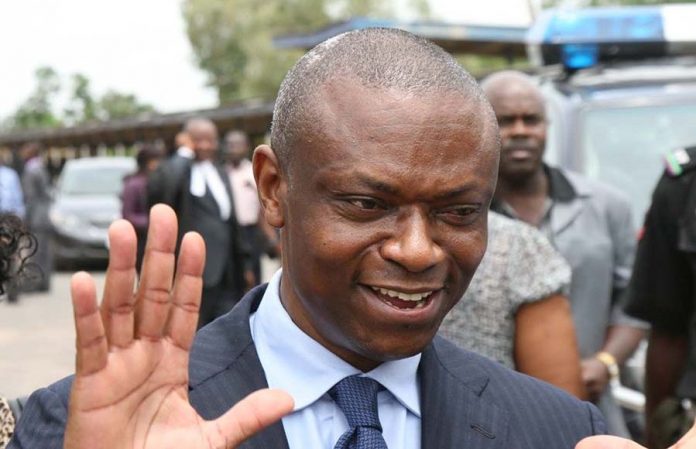 After a trial that lasted over 12 years, a Lagos High Court sitting in the Ikeja has sentenced former managing director of defunct Bank PHB, Francis Atuche, to over 6 years in prison.

In a judgment that lasted over 10 hours, Justice Lateefat Okunnu convicted Atuche alongside a former Chief Financial Officer of the bank, Ugo Anyanwu.

The two were convicted on at least 6 of a 27-count amended charge of conspiracy to commit a felony and stealing brought against them by the Economic and Financial Crimes Commission (EFCC).

In delivering her sentence, Justice Okunnu held that the EFCC successfully proved its case against the convicts beyond a reasonable doubt. The judge rejected claims by the defendants suggesting that they were merely professionally negligent.

She specifically held that Atuche and Anyanwu abused their powers, ignored established rules and regulations thereby putting the bank and depositors’ funds in danger.

The court also came to the conclusion that the convicts corruptly took advantage of their positions to confer on themselves undue financial benefits without regard to the health of the bank.

Justice Okunnu ruled that the defendant should make restitution of the amount stolen from the bank. They are to pay back the sum of N25.7billion to the Federal government to replace the funds stolen from the public to bail out the bank.

According to the Judge, they are to serve their jail terms at the Kirikiri maximum correctional facility in Lagos.

Johnson Olumide - February 18, 2020 0
There is no stopping or limits to what this Tennis Legend can do, as she leaves her footprint in the sands of time again. READ...

Violette - August 3, 2020 0
Popular media personality, Uti Nwachukwu have taken to social media to celebrate his 38th birthday in an astonishing fashion statement that has got tongues...

Violette - November 10, 2019 0
The competition after the big brother naija show is really gearing up as Tacha and Mercy continue to compete on whose the best. Recall that...

Johnson Olumide - May 10, 2020 0
"I am The Apple of God’s Eye" are the exact motivation you need this  Sunday afternoon from your favorite Nollywood actress Chika Ike aka Small...