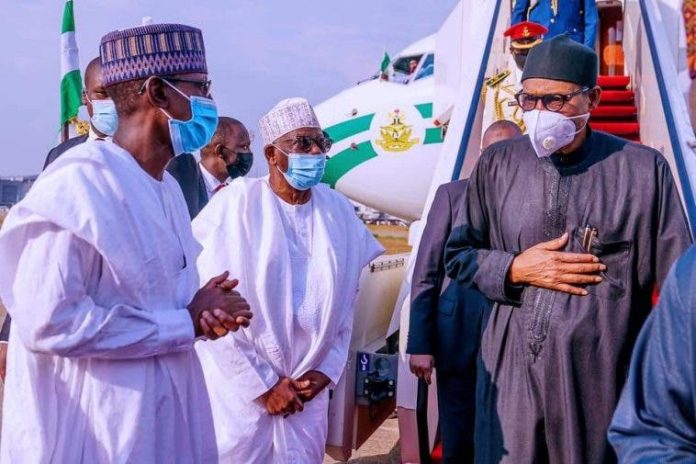 President Buhari has arrived in Lagos state for the Commissioning of projects today June 10.

The Construction started in March 2017, and test-running commenced in December 2020.

The Ebute Metta Station, known as the Mobolaji Johnson Station, is the largest railway station in West Africa with a holding capacity of 6000 passengers.

Recall also that not too long ago, the President told Nigerian Youths, via an Interview with ARISE TV that if they want Jobs, they should behave themselves and secure the country. (WATCH THE VIDEO HERE).