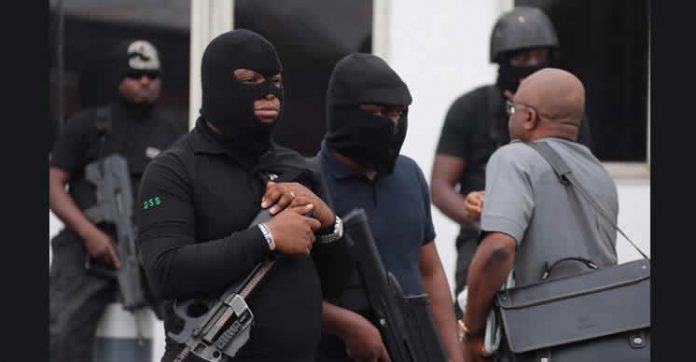 The Department of State Security Service (DSS), has arrested and detained three Israeli filmmakers over allegations that they supported the activities of Indigenous People of Biafra (IPOB).

The Israelis were in Nigeria to film “We Were Never Lost,” a documentary exploring Jewish communities in African countries such as Kenya, Madagascar, Uganda, and Nigeria.

They took off from Ben Gurion Airport on July 5 and landed in Nigeria the next day.

According to Nigeria’s Foreign Ministry, the Israeli Embassy in Abuja is following the case closely and is in contact with Nigerian authorities, SaharaReporters reports.

Residents said the operatives interrogated and detained the crew at a synagogue during Friday night service in Ogidi and were subsequently taken to Abuja.

The filmmakers were aware of the political sensitivity surrounding the filming of the Igbo community.

Last Thursday, the “We Were Never Lost” Facebook page stressed: “We do not take any position on political movements as we are not here as politicians nor as a part of any governmental delegations.”

In other news, Davido fulfills his promise to Obama DMW’s son, secure him a job (See the big company where he works now).