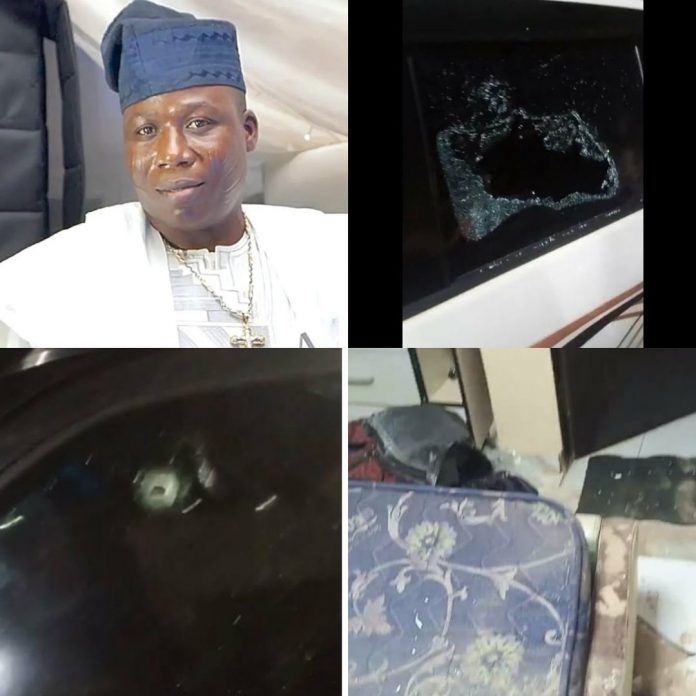 According to the media aide of the agitator, Olayomi Koiki, the gunmen adorning military uniforms carried out the attack at about 1 am. Igboho was however not in his residence at the time of the attack.

During the attack, Igboho’s G-wagon, Prado Jeep, some valuable properties including furniture, and windows were destroyed.

Bullet holes were found in cars parked on the premises while bloodstains were seen at the premises.

It was also alleged that some persons in the house including a close ally of Igboho identified as ‘Lady K’, were whisked away.