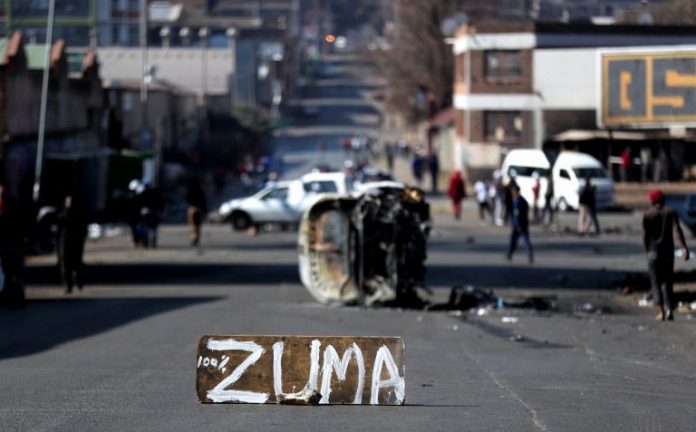 Jacob Zuma’s supporters riot in Johannesburg and loot shops as they call for the release of the former president.

Jacob Zuma handed himself to police on Wednesday, July 7, to begin a 15-month prison sentence for contempt of court.

In other news, Super TV CEO alleged killer, Chidinma Ojukwu in her latest interview changes her story, as she claims “I have nothing to do with Super TV CEO, Usifo Ataga’s death” (watch the video here).

Watch videos from the scene below.