Home News We are already sending criminals to God to answer for their crimes... 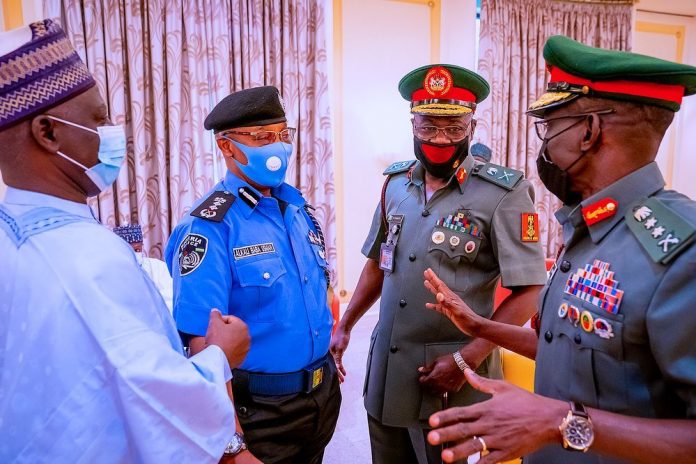 The newly decorated Chief of Army Staff (COAS), Lt. Gen. Farouk Yahaya, on Wednesday, declared that many bandits and other criminal elements undermining national security have been sent to God to go and answer for their crimes.

He spoke shortly after he was decorated with his new Lieutenant General rank by President Muhammadu Buhari at the presidential villa, Abuja.

Fielding questions from correspondents, the army boss appreciated the president for the confidence reposed in him, pledging his unalloyed loyalty on behalf of the officers and men of the Nigerian Army.

He said they would continue to do their best to arrest insecurity in the country particularly insurgency and other violent crimes. Gen. Yayaha affirmed that successes were already being recorded, saying that the military would leverage on it and its experience.

READ ALSO
Be mindful of what you say, Actress Yvonne Nelson to Tracey Boakye

When asked what message he had for the bandits and other criminals elements undermining national security, given President Buhari’s declaration that they would be treated in the language they understand, he stated: “That’s what we have started doing already. We’re sending criminals to God to answer for their crimes.”

In other news, Nigerians launch GoFundMe Contribution For Baba Ijesha To Fight Sexual Assault Case. (See how much has been raised).