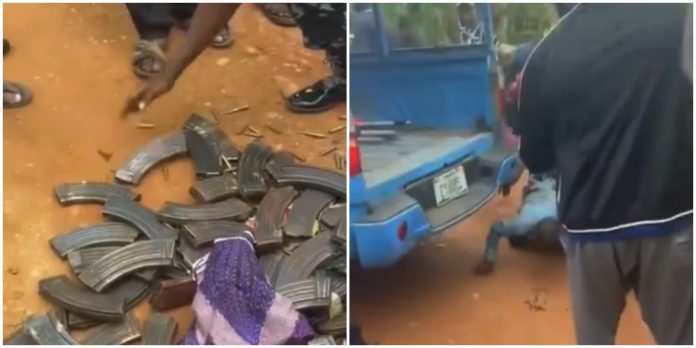 As Nigeria Government continue to fight the war against insecurity in the country, some Fulani herder en-route Jos has allegedly been caught with over 200 ammunition. 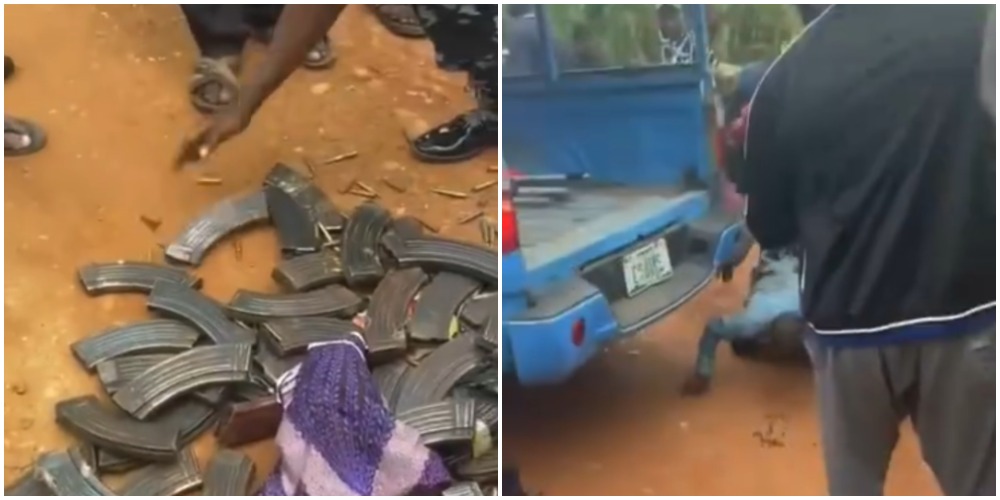 Insecurity has become a huge problem for the current administration led by President Muhammadu Buhari.

Despite all the strategies laid down by the government, insecurity has continued to grow stronger in some parts of the country.

A new video of some Fulani herder allegedly caught with over 200 ammunition has now surfaced on social media.

In the viral video, the guns were displayed on the floor as passerby shares their reactions.

It’s still unclear how the alleged Fulani herder were apprehended but details will be revealed shortly.