Home News Former President, Goodluck Jonathan may decamp to APC before the end of... 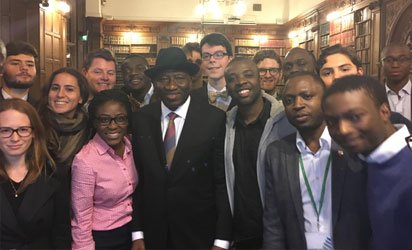 Rumor has it that Former President, Goodluck Jonathan may decamp to APC before the end of the week.

A former National Chairman of the PDP, Okwesilieze Nwodo, has cautioned former President Goodluck Jonathan against succumbing to the pressure of defecting to the ruling APC, saying doing so will destroy what is left of his integrity.

On the entertainment scene, Actor Richard Mofe Damijo (RMD) revealed that in his 37-years of acting with actress Sola Sobowale, his yet to kiss her and wants the opportunity to do so (Read Details Here).