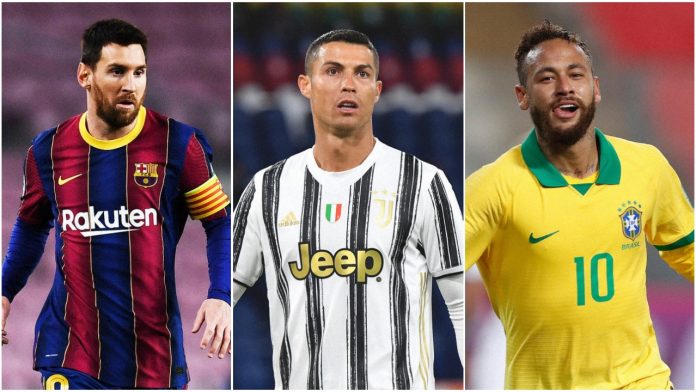 Former Barcelona Player and legend Lionel Messi is once again the highest-paid Soccer Player for the second consecutive year and he tops Ronaldo who is seats the third on the Top 10 Forbes List of highest-paid athletes.

And just in case you are wondering who are the Forbes Top 10 richest footballers in the world (read it here).

Lionel Messi kept the soccer world on edge with last year’s failed attempt to leave Barcelona, a melodrama later punctuated by a leaked contract that showed the cash-strapped club is paying him far more than previously thought.

He pads that pay with sponsorships including a lifetime deal with Adidas, as well as a clothing line designed by Ginny Hilfiger, sister of Tommy Hilfiger.

Cristiano Ronaldo became the first person in the world to reach 500 million followers across Facebook, Instagram, and Twitter in February and followed that up a month later by surpassing Brazilian legend Pelé’s goal tally, reaching 770 across all competitions with a hat trick in a Juventus win over Cagliari.

The 36-year-old, whose four-year contract is worth an average of $64 million annually and expires in 2022, has a lifetime deal with Nike and is behind the CR7 business of branded clothing, accessories, hotels and gyms.