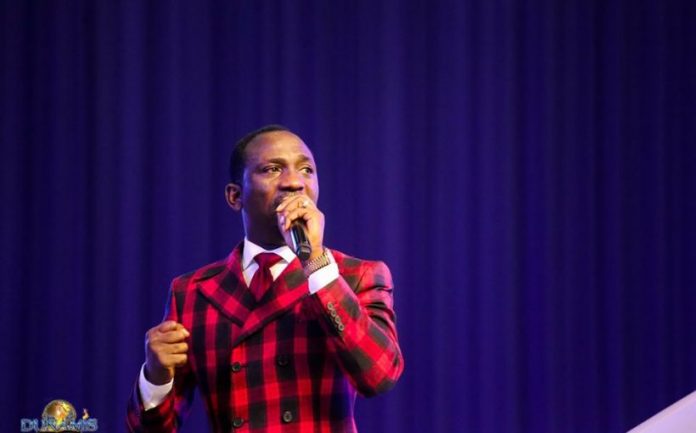 Pastor Paul Enenche has warned comedians to desist from fabricating lies to make people laugh. The pastor claims God does not understand the lie and he has zero tolerance for lies.

Paul Enenche is known to be a direct, no-nonsense modern pastor judging from some of his past encounters with critics, especially his encounter with OAP, Daddy Freeze.

He made this statement in one of the Sunday services at his church where he delivered a religious address to the member of his church.

In his statement, he said he always tells comedians that are close to him that there are many humorous stories to tell without having to fabricate lies.

A footage from the church service where he made the statement is currently trending on social media. Netizens have since been reacting to the video since it surfaced with many expressing their disagreement with him.

Meanwhile, the former wife of Nollywood actor Blossom Chukwujekwu, Maureen Esisi blasted her trolls as she tells them she will still kiss her brother on the lips and lick her cousin aggressively (watch video here).