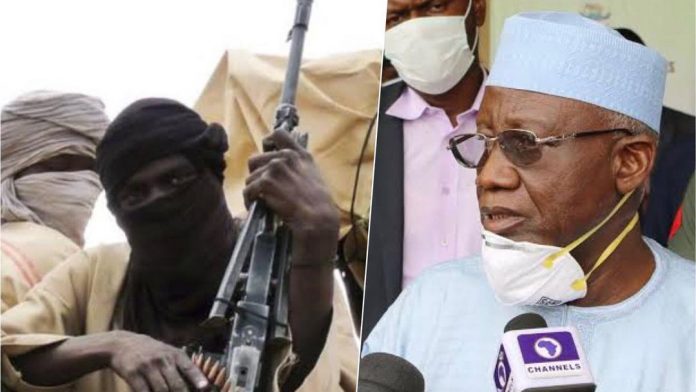 Nigeria’s minister of police affairs, Mohammed Dangyadi, says the regime of President Muhammadu Buhari plans to reintegrate back into the society bandits who surrender to the federal government.

Asked by Channels TV on Tuesday if the President Muhammadu Buhari regime was considering amnesty for them, Mr Dangyadi said the Buhari regime was listening to surrendering bandits and is ready to receive and reintegrate them into the society.

“When you talk of amnesty, it is a relative term. What the federal government is trying to say is that let us try and see those who have surrendered their arms, let us listen to them, let us chronicle them, let us receive them. We cannot just throw them away because they are Nigerians,” Mr Dangyadi said.

Citing international law, Mr Dangyadi said though bandits have committed crimes, those that surrender would be received and reintegrated into the society.

“Of course, they are criminals; they have committed atrocities, committed crimes. But, according to international law, when you http://hotcanadianpharmacy.com about Augmentin online surrender from war, you are not killed or maimed,” Mr Dangyadi said, adding, “You are allowed to have your say.”

On the entertainment scene, BBNaija Season 6 shine your eyes edition entered its 7th week on Sunday and due to some censorship on DSTV, there were some moments not seen by views, in a now-viral video, housemates were caught on camera in a steamy session during jacuzzi party (watch 18+ Video here).