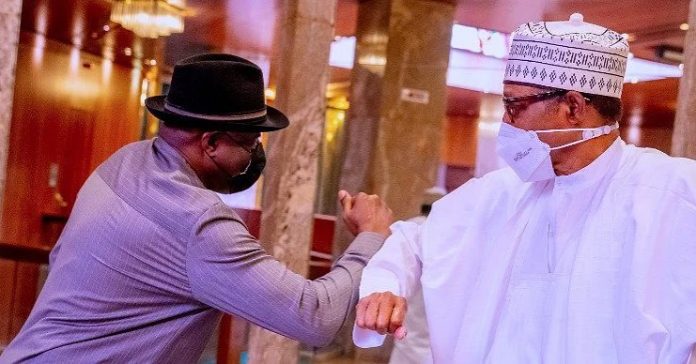 The Northern Elders Forum has said that it regretted that it got rid of then-President Goodluck Jonathan in the 2015 elections to vote in the incumbent, Major General Muhammadu Buhari (retd.).

The group expressed disappointment that Buhari has let down millions of Nigerians including members of the All Progressives Congress who trusted in his leadership prior to the poll six years ago.

NEF, therefore, said that the next President of Nigeria should be one who would act in the “opposite direction” of Buhari, who hails from Katsina, North-West Nigeria.

NEF Director of Publicity and Advocacy, Dr. Hakeem Baba-Ahmed, spoke on Tuesday when he featured on Arise TV’s ‘The Morning Show’ breakfast programme monitored by The PUNCH.

“We raised huge expectations, we told people, ‘Get rid of Jonathan, put Buhari there, he would fix corruption, he would fix insecurity, he would fix the economy’ (but) look at where we are now.

The group’s spokesman said Nigeria needs a President who would act in the “opposite direction” of Buhari in terms of economic policies, security, amongst others.

“So, what we need to do now is to get ready to elect another President who would go in the opposite direction, a President who has a vision and a clear idea of what governance involves rather than just being a President. So, I am disappointed and that is why today, I am actively involved in trying to see that a new leader emerges in getting Nigerians a new lease of life,” Baba-Ahmed noted.

On the entertainment scene, BBNaija’s hottest female housemate, Angel moments ago while having a conversation about relationships and dating revealed that she can date a 54-year-old man, her opinion took Cross by surprise and he reacted swiftly (watch video here).