Home News When I’m on top of my wife and I remember the people... 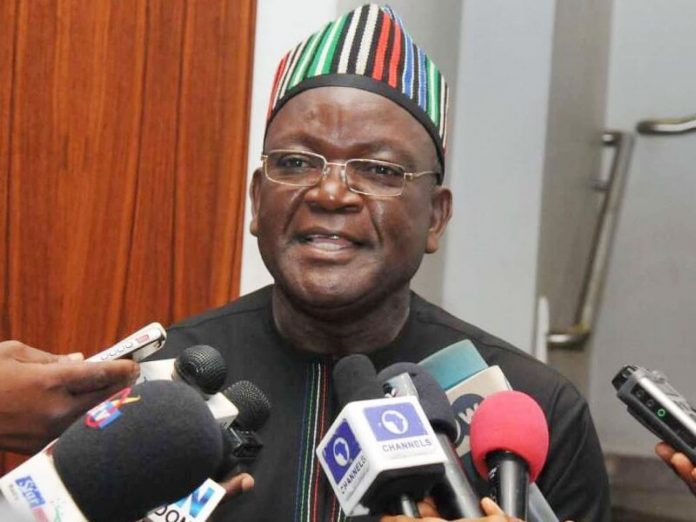 Governor of Benue State, Samuel Ortom, has revealed that the people in the IDP camp remains his concern, insisting it has stopped him from having fun with his wife.

Nigeria has been going through a bad state in the past few months with insecurity remaining one of the biggest issues rocking this administration.

Despite government’s effort to put things to other, bandits attacks are still being reported in some part of the country.

Governor Ortom during a speech at an event he attended some hours ago has now insisted the ongoing crisis has become a torn on his flesh.

According to the governor, each time he tries to have fun with his wife and remembers the people at IDP camp, he ends up doing nothing.

Benue state has also had its share of insecurity in the past few months with bandits reportedly attacking some parts of the state.

Governor Ortom has been consistent in sharing details about his administration plans for the people of the state as he plans to put an end to any form of insecurity in the state.

See the video of Governor Ortom sharing his ordeal below;

In the Entertainment Scene, there is currently fire burning in the house of the Idibia’s as 2baba/2face wife, Annie Idibia removes husband’s surname “Idibia” from her Instagram Bio and accused him of Adultery with his Baby mama Pero (Read Details Here).