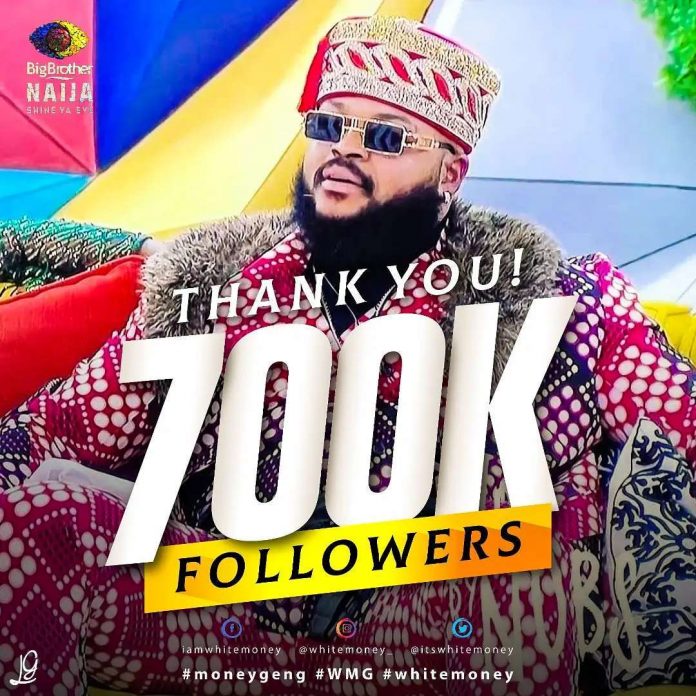 BBNaija Season 6 Shine your eyes housemate, Whitemoney’s Original page has been restored back by Instagram after it was taken off two days ago.

His handler did reveal on Tuesday that the page would be back and that there should no panicking from his fans.

Whitemoney is one of the strongest Housemates in the House and as it stands as been projected to be the winner of Season 6, his only strongest opposition is Liquorose of the famous GGB Dance Group.

She is also the currently most-followed House with over 1.2 million Instagram followers and currently the richest season 6 BBNaija Housemate with over 8 million naira won in price money from http://www.rustburgpharmacy.com the task so far.

READ ALSO
#BBNaija: Yousef was the man every girl liked but none wanted - Whitemoney (Video)

In related news, a new video of housemates at the ongoing reality show in a steamy session has surfaced on social media.

The new video that has gone viral saw housemates engaging in some sexual activities during their Friday night jacuzzi party, (Watch Video Here).