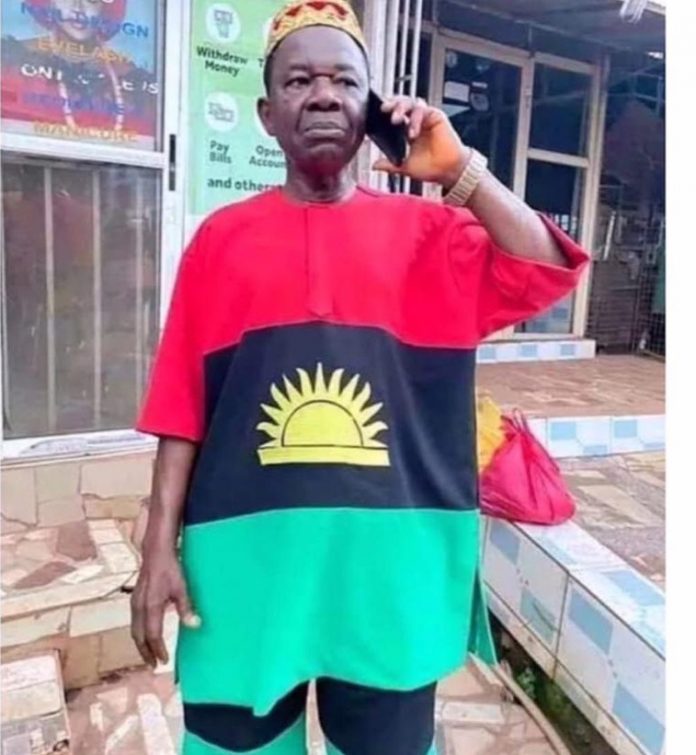 Nigerian legendary and veteran actor, Chiwetalu Agu has been allegedly rearrested by DSS shortly after he was released by the Army.

The news was made known by one of his close associates who took to social media to raise an alarm over his arrest.

Recall that two days ago, Chiwetalu Agu was aggressively brutalized by the Nigerian Army over just wearing a Biafra regalia, eyewitnesses reported that he was dragged on the floor on an un-tared road before he was whisked away to an Army Barracks. (watch video here).

Many Nigerian Celebrities who are from the South-South area took to social media to call out the Nigerian government over the incident.

In related news, popular female singer and songwriter, Tiwa Savage have been caught in a crossroad as she revealed that she’s set to be blackmailed.

According to the singer, her current lover shared their sex tape on snap and despite deleting it, someone got the tape and is trying to use it against her, (See Video Here).