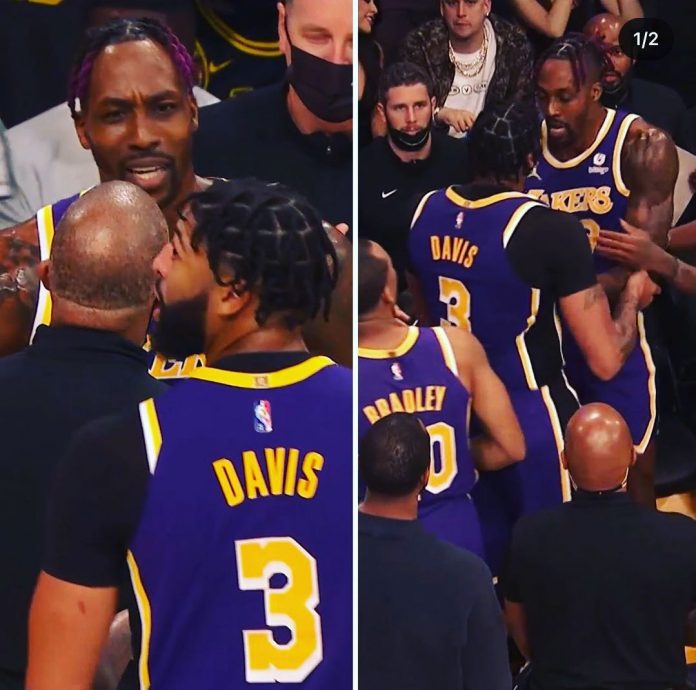 Los Angeles Lakers big men Anthony Davis and Dwight Howard had to be separated during an altercation on the bench during a timeout in the first half against the Phoenix Suns on Friday. 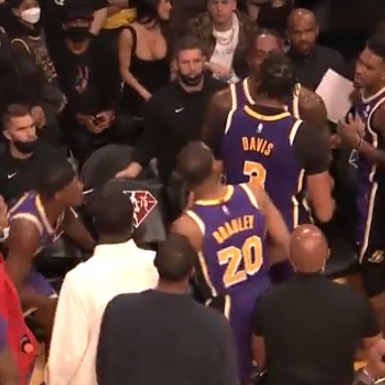 During the timeout, Howard was sitting down when Davis approached him.

As Howard stood up, Davis grabbed his left arm and the two were quickly separated by teammates as Davis continued to point in Howard’s direction.

Though it’s still not clear what sparked the altercation between both players, Davis struggled in the first half with four points on 1-of-5 shooting.

Howard played nine minutes off the bench before the break for the Lakers, who are threatening to start 0-2 for the first time since the 2018-19 season.

The Lakers trailed 57-44 at halftime before the event unfolded.