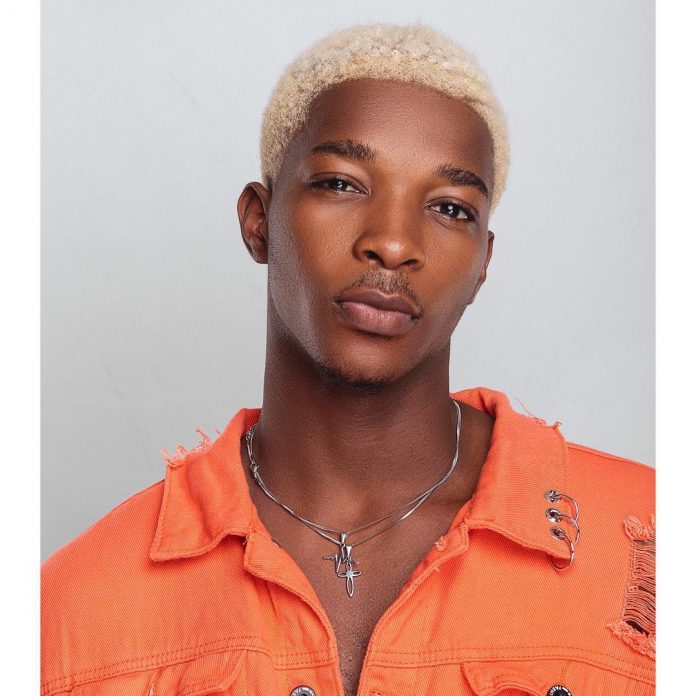 Another rising star from Nigeria named Magixx is the new banger in the music industry. As a product of Mavins records, the young, handsome and talented Afropop artist has a lot to offer to his fans. In this article, I’ll explain everything you need to know about him, including Magixx net worth for the year 2022.

Magixx is an Afropop Nigerian artist that hails from Ekiti state with the name, Adelabu Alexander who was born on Sept 27, 1998. He had successfully released his first album titled, Magix EP which has five amazing tracks in it and happens to be the latest signed artist to Mavins records.

Magixx is a Christian from a Yoruba lineage who was nurtured in Ogba, Lagos State. His love for music was inborn as he exhibited it at a tender age. He became familiar with various genres of music like Hip-hop, Reggae, Highlife, and Pop.

However, his music idols range from the likes of Fela, 2baba, D’banj, Shina Peters, etc. Music became a hobby to sweep away boredom and entertain himself and others. He started developing the skill of composing lyrics and performing his songs at school competitions and street carnivals.

Magixx isn’t any musician that just jumped into music without any educational background. He self-taught himself how to play various musical instruments while he was in high school.

After obtaining his West African School Certificate, he furthered his studies by graduating with a degree in Mass Communication from the University of Lagos.

Mr and Mrs Adelabu are his Yoruba parents who raised him alongside his siblings from Ogba, Lagos State.

As a Christian, he exhibited his singing abilities in the church choir when he was young. His first solo track, ‘Mirror’ 2013 was a step up to making music professionally. He won a talent show held by the Mass Communication department in UNILAG and became famous thereafter.

However, in September of 2016, Magixx dropped his album, Hold Me Down, Mirror, which features three tracks.

His fame at the University of Lagos rose geometrically as a result of this. Moreover, in December 2017, He was featured on numerous tracks and played at Wiz on the Beach, Wizkid’s event, and Seyi Shay’s concert.

He made a cover of Burna Boy’s blockbuster track ‘Dangote’ in April 2019 and posted it to his Instagram page. The video received over 35,000 views online. He is also noted to have previously produced freestyle versions of classic songs.

On September 3rd, 2021, he released a cover of the song ‘Sinner’ by Adekunle Gold. The video, like his previous cover songs, went viral on Instagram, with over 43,000 views.

Adelabu Alexander Adewunmi was then signed and introduced as a Mavin Records artist on September 23, 2021, one of Nigeria’s top record labels, owned by Don Jazzy. Wizkid inspired Magixx’s career, according to a recent interview. He also stated that Tiwa Savage is still his celeb crush.

In Adelabu Alexander Adewunmi‘s words, “I want to use my music to change the African narrative to the world and give hope to the average Nigerian.”

Within hours after its debut, the video has amassed over 8.1 thousand views on YouTube. Sonia Kordi, a fashion model, was featured in the video, and Styled By Reus was handed the contract for a fashion stylist.

In 2018, Nature Record Label (MBN) was the first to sign Magixx. A few hit songs were released thereafter until Mavins records later signed a deal with him.

Michael Collins Ajereh, commonly known as Don Jazzy, the CEO of Mavin Records, revealed the new signee in a message on his social media accounts, saying:

“The most exciting times at Mavin is when an artist is getting activated from the Mavin Academy. Today Is one of those days…”

His residence changed ever since he signed a deal with Mavins records. He currently lives in Mavins apartment with other artists like Ruger and Ayra Starr.

The handsome young superstar is currently not in any relationship at the moment.

Who is Magixx dating?

He isn’t dating anyone yet because there’s no online news about that.

Adelabu Alexander Adewunmi is very active on Instagram with 65.7k followers and Twitter with 4.5k followers. You can follow him to get the latest update from him. His social media handles are as follows.

Magixx is currently one of the fast-rising artists and most influential artists in Nigeria with an estimated net worth of $300,000 dollars as of 2022. Magixx’s source of wealth comes from the digital sales of his songs.

How much is Magixx net worth?

Magixx is currently one of the fast-rising artists and most influential artists in Nigeria with an estimated net worth of $300,000 dollars as of 2022.

How Old is Magixx?

As said earlier, Magixx was born on Sept 27, 1998, so definitely he is 23 years old. He looks vibrant with great singing skills at that age and has a lot of energy to give to his fans.

What is Magixx Real name?

Magixx isn’t the multi-talented artist’s real name. He has a real name that most people aren’t familiar with yet. However, Adelabu Alexander Adewunmi is the real name of the rising star.

What Record label is Magixx?

In 2018, Nature Record Label (MBN) was the first to sign Magixx. A few hit songs were released thereafter until Mavins records later signed a deal with him. Michael Collins Ajereh, commonly known as Don Jazzy, the CEO of Mavin Records, revealed the new signee in a message on his social media accounts