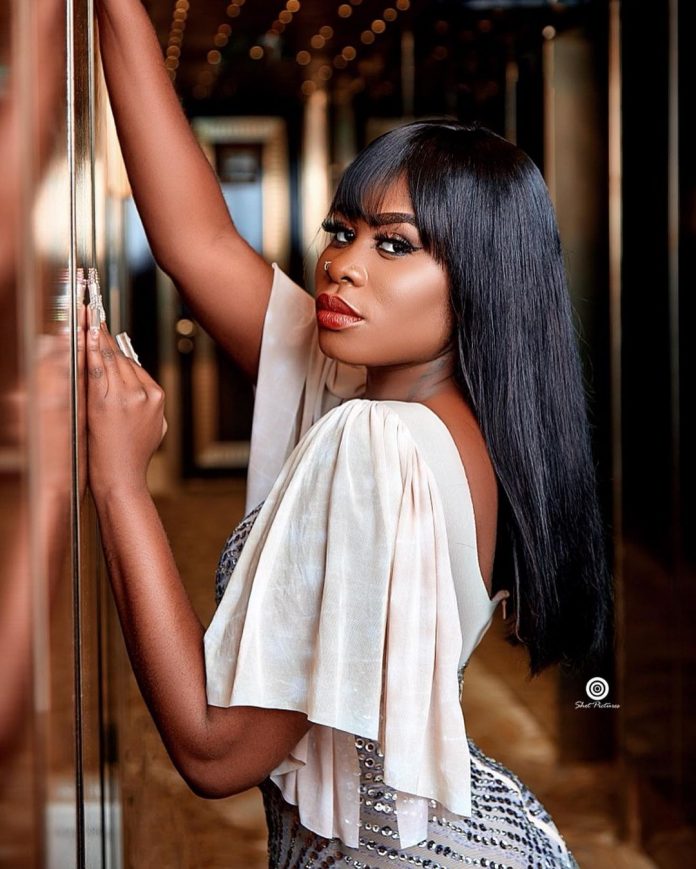 Ghana has never failed to amuse us with flawless and talented beautiful women. Their ladies in the entertainment industry aren’t just pretty but also successful in their endeavors. Moreover, Yaa Jackson happens to be one of them and is a big fan of tattoos.

She’s also a popular musician, model, entrepreneur, social media celebrity, and actress. Her success in the entertainment industry is regarded as outstanding.

Even her photos and career speak of beauty, wealth, and class. So join me as I take you on a carpet ride to disclose information about the net worth, biography, education, etc of Yaa Jackson.

Yaa Jackson (Maame Yaa Konadu Jackson) is a great Ghanaian entertainer who was born on October 18, 2000. Though nurtured in the city, she appears to be a native of Kumasi.

The love for showbiz in Yaa Jackson’s family may be linked back to her ancestors. Jackson Bentum, her dad, is a filmmaker who has received numerous awards. Reagan Jackson, a promising actor, is her older brother.

Yaa began her career in the entertainment industry when she was a young kid. At the tender age of two, she made her first film appearance in a movie titled, ‘Okukuseku’. Then she progressed with another chance into stardom at the age of nine. Her father directed the film, ‘After My Death,’ and she was cast in one of the leading roles.

As a model and a businesswoman, YJ Men Designer Online Collection and YJ Cosmetics are both founded and run by her. Furthermore, she has cooperated with many African firms as one of the continent’s brand ambassadors.

She is a well-known personality in Ghanaian entertainment, having appeared in many films and recorded successful singles.

Yaa Jackson’s parents are still alive and active. Her dad’s name is Jackson Bentum while her mother’s name is Mrs. Lydia Konadu Bentum.

In a family of five, she is the second child yet the only daughter. Kwaku and Reagan Jackson are two of her brothers.

Yaa Jackson is a talented and accomplished actress who is still in her early twenties. This is because she spent her youth and adolescence starring in numerous big films.

As a result, she became well-known in Ghana’s film business. She is well-known for her roles in Kumawood films (a privately owned movie industry). Emelia Brobbey, Vivian Jill, Bill Asamoah, Kwaku Manu, Benedicta Gafah, Lil Win a.k.a Kwadwo Nkansah, and Maame Serwaa have all collaborated with her as an actress.

However, Yaa Jackson’s talents aren’t limited to acting. She is a gifted vocalist and composer as well. In the last several years, she’s released a slew of hits that have wowed music fans and gained her a legion of followers.

She released her first track of the year, Squeeze Me Tight in February 2021. It is one of the best hits on Ghana’s Music Charts. The track is causing a stir on Ghanaian radio and television stations, as well as throughout West Africa.

Due to the soundtrack’s success, several of Yaa Jackson’s female admirers began a dance contest on Instagram and TikTok. Furthermore, in October 2020, she released the track, Under The Ocean. The track’s music video has tons of youtube views. She further released the music video for her smash single, Ginger, in August 2020.

Better still, she is a model in Ghana who collaborates with fashion and cosmetic firms in addition to acting and singing. Because she is one of Ghana’s most powerful personalities, her modeling career has been simplified for her.

Fasti Cosmetics, Clara’s Makeover, The Hair Mistress, Sika Online Collection, GG Nails Saloon, and Annie’s Beauty Studio are some of the firms with which she has partnered. She is a businesswoman who manages two successful companies: YJ Men Designer Online Collection and YJ Cosmetics.

The successful singer has released several hit songs which are, Ginger, Under The Ocean, Squeeze Me Tight, Tear Rubber, Omo Beka, and Ghana Kasa. We hope to hear more from her because her creativity is amazing.

The superstar, Yaa Jackson has also starred in many movies from her childhood to adulthood which is, Okukuseku, After My Death, Twin Devil, My Father is a Snake, Destiny Child, and Nea Yebi Nti. These movies are classic and worthy of appraisal. You should go ahead and watch them.

Our beautiful Ghanaian celebrity has curves that make her look yummy and admirable. She and her mother are like buddies. However, Derrick Hope Acheampong, a well-known figure, is rumored to be her boyfriend. Ytee, her godson, is a singer and actor who is on the rise. Meanwhile, in Kumasi, she lives in a pleasant home.

She was involved in a car accident on the KNUST-Ejisu road at approximately 7 p.m. in 2015 while heading to make a movie. We are glad that she was rushed to the hospital afterward and she’s now okay.

Stunning Ghanaian entertainer, Yaa Jackson has an estimated net worth of $200,000 dollars, making her one richest entertainers in Ghana. Her source of wealth comes majorly from her acting career, digital music sales, and show performances.

Thank you for reading this article. Please endeavor to drop your thoughts in the comment section below. See you later.