Home Entertainment Celebrities I changed your life by introducing you to Wande Coal – Singer,... 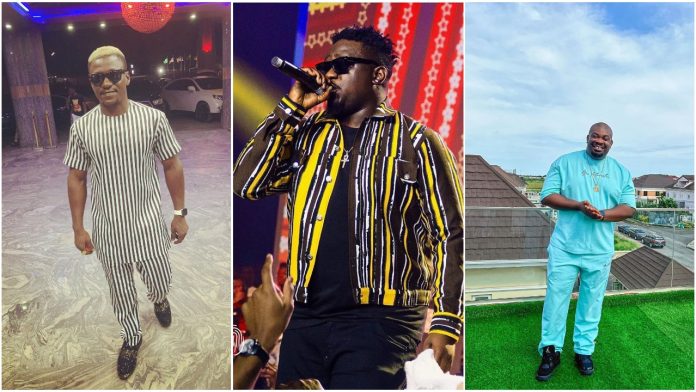 Nigerian Singer, Konga has taken to the streets of social media to call out Mavin Boss, Don Jazzy following his recent Interview on the Afrobeats Podcast.

According to the singer, he was the one that discovered Wande Coal and brought him to an event which Don Jazzy was hosting.

He stated that, he went to the university of Lagos sport center to search for the  Singer, Wande Coal and later introduced him to Don Jazzy.

According to him, Credit and honour should be given to him. And there was no compensation or gratitude from Donjazzy or even Dbanj back then.

Konga stated that he was the one that discovered the singer, Wande Coal contrary to what the Mavin CEO, Don Jazzy stated in his recent interview.

Don Jazzy stated that he found Wande Coal in Unilag, when they apparently went for a show and Wande was back stage waiting to perform.

He revealed that, Wande first wanted to dance but later to his surprise started singing with his crew and he left him in total disbelief and that’s how he was discovered.

Don Jazzy has still not commented on these recent revelations.

While we are talking about stars, Socialite, Pretty Mike addresses women that don’t wear bra and underwear to church (read it here)

Violette - July 7, 2020 0
Birthday is a thing of joy really. And Koko By Khloe is very happy to celebrate her mother. For the time immemorial, mothers are rare...

Daddy showkey fires back at his blackmailers (video)

Ifeoma Ngozichukwu - October 17, 2021 0
The veteran singer, Daddy showkey tackles blackmailers as he tells them they have failed. The singer is seen in a video raining curses and tackling...

Robbers Told Me To Sing After Robbing Me – Singer Banky W

Violette - November 10, 2019 0
Veteran Singer, Bankole Wellington popularly known as Banky W, has reveal a shocking experience he had with some armed robbers on Lagos Island. He reveal...

Johnson Olumide - February 17, 2020 0
Her name is Princess Vitarah, not really her real name, we all know its her stage or artistry name. we yet to know her...