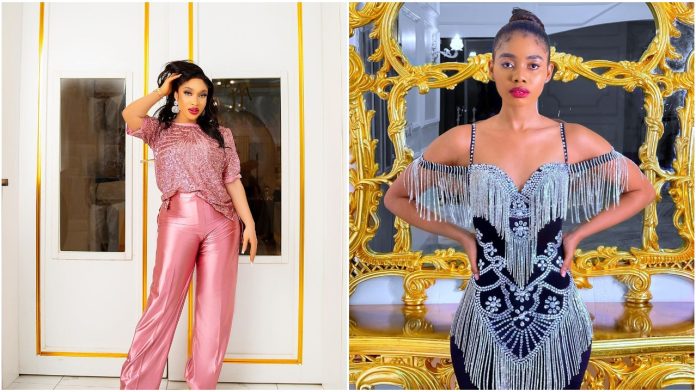 Well, all hasn’t been going on well with these two as actress, Tonto Dikeh calls out Janemena following the unending rift between them.

This came after Janemena teased the actress while silently throwing shades at her, implying that she hasn’t signed the papers she served Tonto Dikeh with.

This didn’t sit well with the actress as Tonto took to her Instagram to call her out as she stated that the dancer’s husband is impotent and she has allegedly aborted her pregnancy for Kpokpogri.

Recalling earlier that this tussle started after the controversial statement made by Tonto about her ex, Kpokpogri, and Janemena.

These two have been at loggerheads since then as it almost ruined the dancer’s marriage but she was lucky enough to get through it.

The fight still continues between them as many have asked the two to move on from the matter.

Nigerian Lady analyzes Davido’s relationship with Chioma.. and it’s worth a read!

Violette - May 1, 2018 0
A Nigerian business consultant identified on Facebook as Peppy Chidinma Akaniro, has analyzed the relationship between Davido and Chioma.. and Below is what she has...

Violette - November 11, 2019 0
Nollywood actress, Toyin Abraham is in the best stage of her life as she continues to glow all the way. The veteran actress who recently...

Johnson Olumide - March 21, 2020 0
The third episode of the Big Brother Naija reunion show was quite a night of revelations, as all ex-housemates were surprised to know that...

Johnson Olumide - June 8, 2021 0
Nigerian singer, Timi Dakolo in his latest post on social media couldn't hold back his feeling or emotions when he tweeted about his frustration...

#BBNaija: Jaruma gushes over Ozo claims she will be hooked for life if she...

Violette - July 22, 2020 0
Billionaire entrepreneur, Jaruma have also joined the list of top personalities in the industry to show their support to the Big Brother Naija housemates...