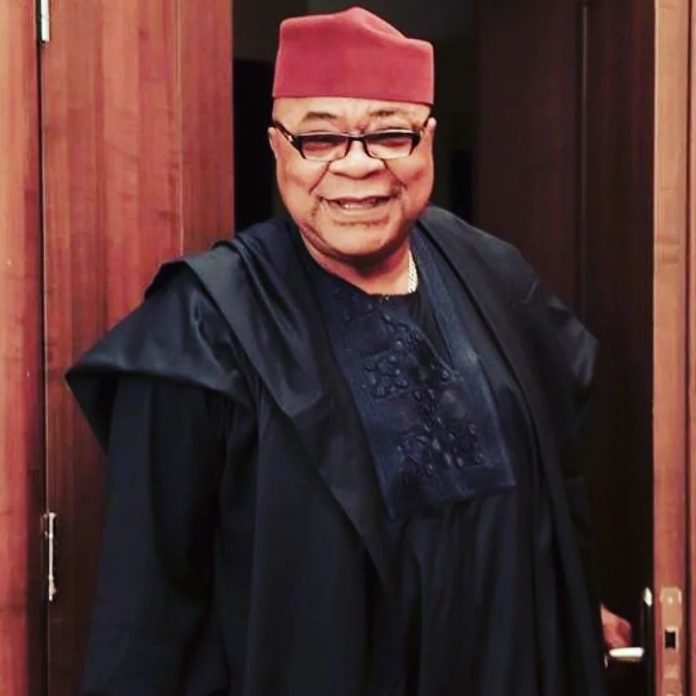 The cause of death of the most popular governor of the entire Oyo State is yet to be revealed.

Celebrities and Politicians have reacted to the breaking news, Nollywood actress Funke Adesiyan in her post said, he was the best of them all and that the Iroko Tree has fallen.

Akin Alabi also posted saying they just lost a leader and that currently he is so gutted.

Recall Akin Alabi was just celebrating the news of the Super Eagles winning their opening match against Egypt at the ongoing Africa cup of nations which took Place in Cameroun last night.

Akala, a chieftain of the All Progressives Congress, APC, was a former governor of the state, between 2007 and 2011.

We would keep you posted once we have more on the developing story.

Meanwhile, as some are mourning a loss, others are celebrating, BBNaija reality star, Elozonam took to his social media account to reveal that his mum, Nkoli Obi-Ogbolu was one of the women in the late 90’s popular Ecobank’s Commercial Adverts on NTA bank then.

Elozonam posted the video again to celebrate his mum’s birthday thanking her for everything she had done for him and his other sibling, Surely words, can’t lie when he said his mum is a legend. (watch the video here).