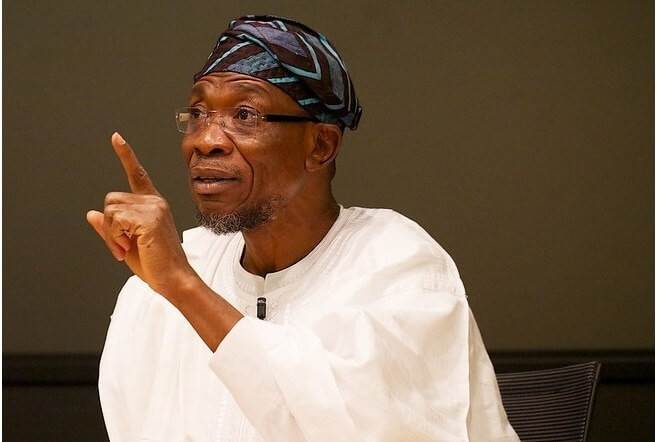 Minister of Interior Rauf Aregbesola is now being probed by the House of Representatives over usage of over N165 billion budgeted to the Nigeria Correctional Services (NCS) within the last two years.

The decision was taken after a motion under matters of national importance sponsored by House Minority Leader, Mr. Ndudi Elumelu, was adopted at the plenary presided by Speaker Femi Gbajabiamila on Wednesday February 16.

The House minority leader who noted that the NCS has not lived up to expectations in spite of the enactment of the Nigeria Correctional Service Act 2019 which prioritized the welfare of its officers and men in line with international best practices, alleged that despite the increase in budgetary allocations to the Nigerian Correctional Service to drive its renewed mandate, the tempo and quality of the Service have remained the same if not retrogressing.

READ ALSO
US President Obama To Breaking Tradition Because of Buhari

The Delta-born lawmaker also claimed that the working conditions of Staff and inmates’ welfare have deteriorated notwithstanding the over N165Billion budget allocations to the Service in the last two years.

Elumelu also said that the Arms Squad unit of the Service still parades obsoletes and substandard weapons despite over N1Billion budget provision for Prison Biometrics, Arms and Ammunition in the 2020/2021 Capital budget; thus, impeding its ability to deter, prevent or respond effectively to both internal and external threats.

“The House is aware of deaths of correctional officers and men across the country following attacks either on escort vehicles or custodial facilities; also observed that Staff still buys or makes their uniform till date regardless of the huge budget allocations provided for this purpose, provision of uniform for inmates is nonexistence in most Custodial centers.

“Further observed that in addition to allegations of non-utilization of Budget allocations in the manner prescribed by the National Assembly and administrative incompetence of drivers of change in the rebranded Service, there are also claims of unscrupulous staff promotion, denial of rights and benefits including hazard and duty tour allowances levelled against the management of the Service.

“Concerned that the demoralizing effects of these allegations, given increasing evidences of susceptibility of some officers and men compromising security of custodial facilities, might worsen violations of these facilities and current security challenges in the country.”

Following adoption of the motion, the legislators resolved to have its committee on Reformatory Institutions investigate the allegations and report to the House within 12 weeks for further legislative action.