Home News I don’t have any issue with Obasanjo – Presidential Candidate, Anyim Pius... 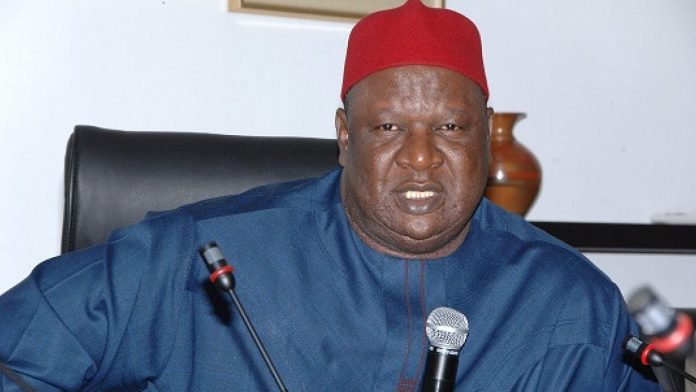 Former Senate President, Anyim Pius Ayim has said that he has no issue with former President Olusegun Obasanjo.

The former Ebonyi lawmaker who succeeded Chuba Okadigbo as the Senate President in August 2000 after the latter had been impeached at a time when Obasanjo was President, however, admitted that they disagreed on some issues.

Speaking in an interview on Channels Television, he said;

“I did not have any personal issue with (former) President Obasanjo.

“We had a little disagreement, and it was the National Assembly and the Executive; not Pius Ayim and (former) President Obasanjo. What brought about the problem was a motion moved by Senator Idris Abubakar from Gombe, it wasn’t a motion moved by me.

“It was the action taken in the Senate that the former President was reacting to, and it was friction between National Assembly and the Executive.

Anyim who also served as Secretary to the Government of the Federation (SGF) under former President Goodluck Jonathan, also revealed why he chose not to return to the Senate after 2003.

Countering claims of being concerned that the former President would block his bid in an apparent continuation of the supposed disagreement between them, the former SGF stated that it would amount to hunger for power to sit on the floor of the house, having served as the most senior lawmaker in the land.

“Apart from that, if I have to come back, I should not expect to be elected as the President of the Senate because it should rotate and when I was leaving, I said that I believe in rotation. So, what makes you think that it was because of anybody?

“The election was in my zone; it wasn’t in the National Assembly. So, I wouldn’t have come back after being President of the Senate and Chairman of the National Assembly to sit on the floor for whatever reason, that should be a hunger for power, and I didn’t think I was hungry for power.”