Home News Educational News “There is no point in disrupting everybody’s life because you have not... 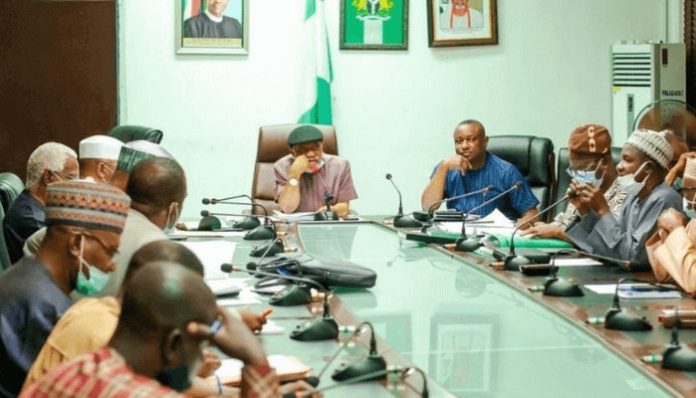 The Federal Government has accused the Academic Staff Union of Universities of selfishness over the strike it embarked upon.

The Minister of State for Education, Mr Emeka Nwajiuba, who stated this in an interview with one of our correspondents, also took a swipe at the Joint Action Committee of the Senior Staff Association of Nigerian Universities and the Non-Academic Staff Union of Education and Associated Institutions for also going on strike.

Among others, JAC is demanding payment of earned allowances. It also faulted the usurpation of non-academic career positions by vice-chancellors.

JAC on Friday also extended its strike by another two weeks. ASUU, which began its strike on February 14, accused the government of poor commitment to the payment of the academic earned allowance, among others.

Nwajiuba, in an interview with our correspondent, said there was no point in the unions disrupting the lives of students because of money that they would eventually be paid.

The minister stated that the workers were still receiving their salaries despite their refusal to call off the strikes.

According to him, it is selfish for the unions to shut down the universities, saying they are not the only ones that have demands. 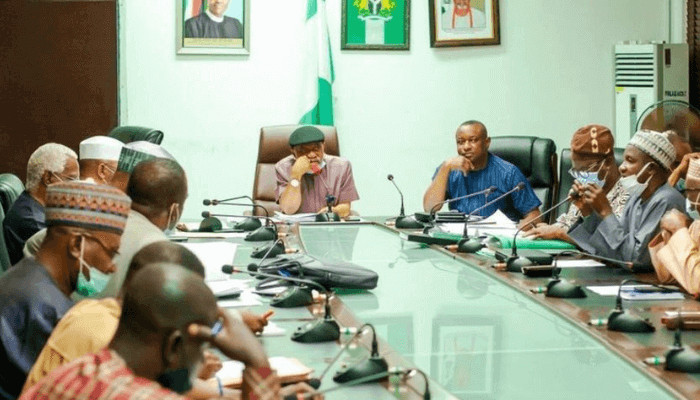 According to him, ASUP and COEASU are ready to bear with the government.

Berating ASUU, Nwajiuba stated, “The issue is not whether they are right or wrong. What we’ve consistently said is government and the people of Nigeria will continue to look into the matter because if you disrupt academic sessions because of one entitlement, you would eventually get the entitlement, but we would have lost the time our children would have used in learning. You are being mean.  There is no point in disrupting everybody’s life because you have not got your money.”

He explained that the government had no money to fund the union’s requests at a go as the sale of petroleum had dropped drastically in the country.

Nwajiuba said, “The 2.2 million children we have in tertiary institutions who are in the universities and other tertiary institutions, and the nearly 100,000 lecturers, that work with them are a very important segment of our workforce. But then, they are not the only people in Nigeria. There are unionists in so many different parts. All we manage to sell after banditry attacks is just less than 1,000 barrels of oil in a day.

To build infrastructure, the government just goes around begging China, begging this, begging that. But to pay salary, we have to sell this little crude oil in order to keep the lives of 200-so million lives running.”

“You can see what the Ministry of Finance is doing.  It gave N50bn, N20bn.  We don’t have N200bn in the coffers at a go. When the last President (Goodluck Jonathan) signed the agreement, he thought he might have the money.  The government can’t be managed like that: The government will not be robbing Peter to pay Paul.”

The minister also defended the decision of the Federal Government to establish more universities, saying it was part of efforts to increase access to university education.

He stated, “What we have done is to at least expand access. And while we are using the resources that are available to us to improve human capacity to be able to run because those are the two things needed; buildings are not the universities. It is content that makes the universities. So as long as we keep developing human capacity around them, we will ensure we give access to our people in millions.”

According to him, the government licensed 20 universities last year; another 12 this year. “It is our belief that Nigeria is still below 250 universities for 250 million people,”  he added.

He said no fewer than 1.5 million candidates write the Unified Tertiary Matriculation Examination every year, out of which only 600,000 are admitted.

While reacting to Nwajiuba’s allegations, National President, ASUU, Prof Emmanuel Osodeke, faulted the claim that the government had no money.

“Nigeria has money to be used to pay school fees every year in foreign countries but we don’t have N200bn to use in our country.

“Tell him if that is what he wants, they should close all the universities, till when money comes.”

He emphasized that the government could afford to turn a deaf ear to the unions’ requests because politicians’ children were not schooled in Nigeria.

“Do we still have public primary and secondary education? They have killed them. That is what they want to do to universities.  If we give up this fight, you will be surprised that in the next two years, Nwajiuba will have a university.”