Home Entertainment “God will surely reveal it to you” – Actor Sam Ajibola addresses... 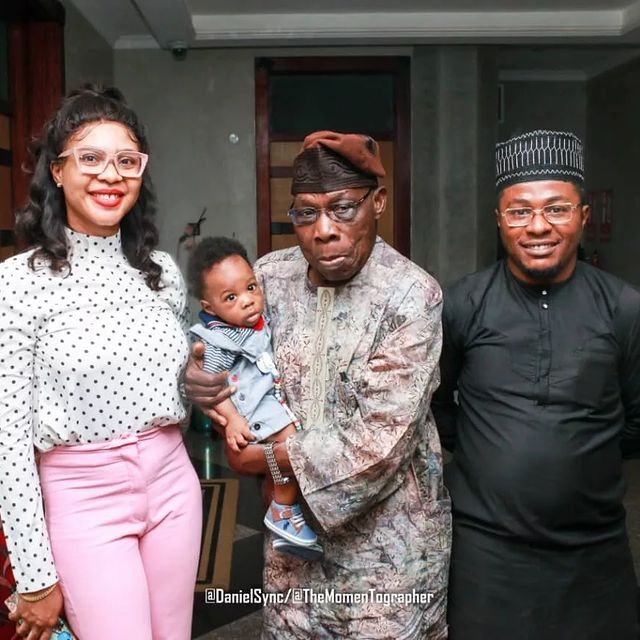 Popular Nollywood actor, Sam Ajibola who recently welcomed his first child with his wife took to his social media page to address the numerous question surrounding the real identity of his child due to his resemblance with former Nigerian President, Olusegun Obasanjo.

The rumors and questions had come up due to a recent photo taken with the former president who was seen holding the child in his arms while posing for photos.

Ajibola in his response told all those asking the question to kindly direct them to God,as he assures them that if they are really close to God, he will surely reveal the real father of the child to them.

Samuel Ajibola is a Nigerian television and film actor, model, and events compere. He is best known for his role as a child actor in the Opa Williams directed movie Tears for Love, as well as his role as “Spiff” in the Africa Magic TV series The Johnsons.