Home Entertainment “They want it to scatter” – Annie Idibia faults Instagram glitch as... 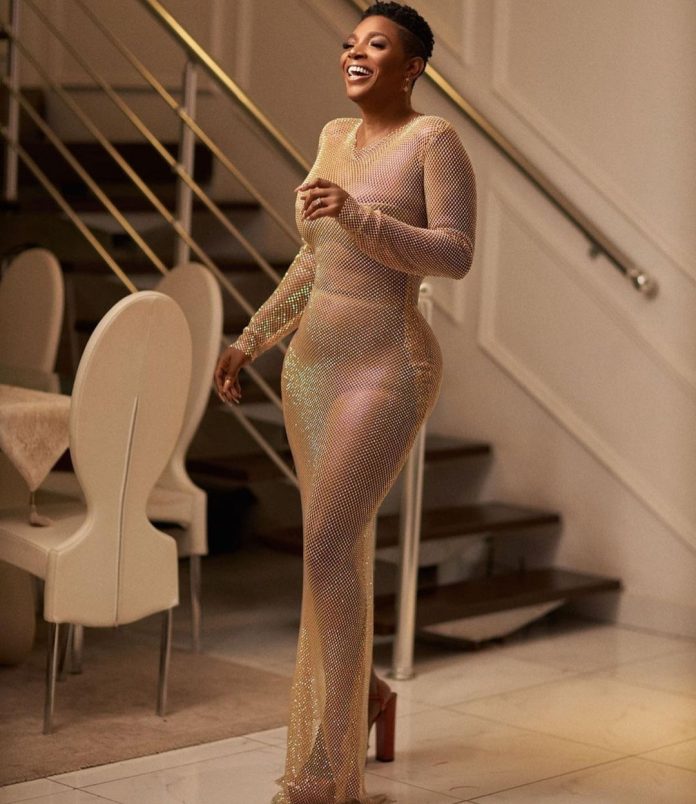 Annie Idibia has reacted to reports that she is having family problems.

The actress, believed to have unfollowed her husband Tuface on Instagram, blamed this on an Instagram glitch.

She denied having problems with her husband

“They want to scatter,” the mother-of-two said.

She noted that the Instagram glitch also reduced the number of her followers.

Recall that creebhills.com reported earlier this morning that All is not well in the home of 2face, as his wife, Nollywood actress Annie Macaulay Idibia, has uploaded a cryptic post hours after unfollowing him on social media. 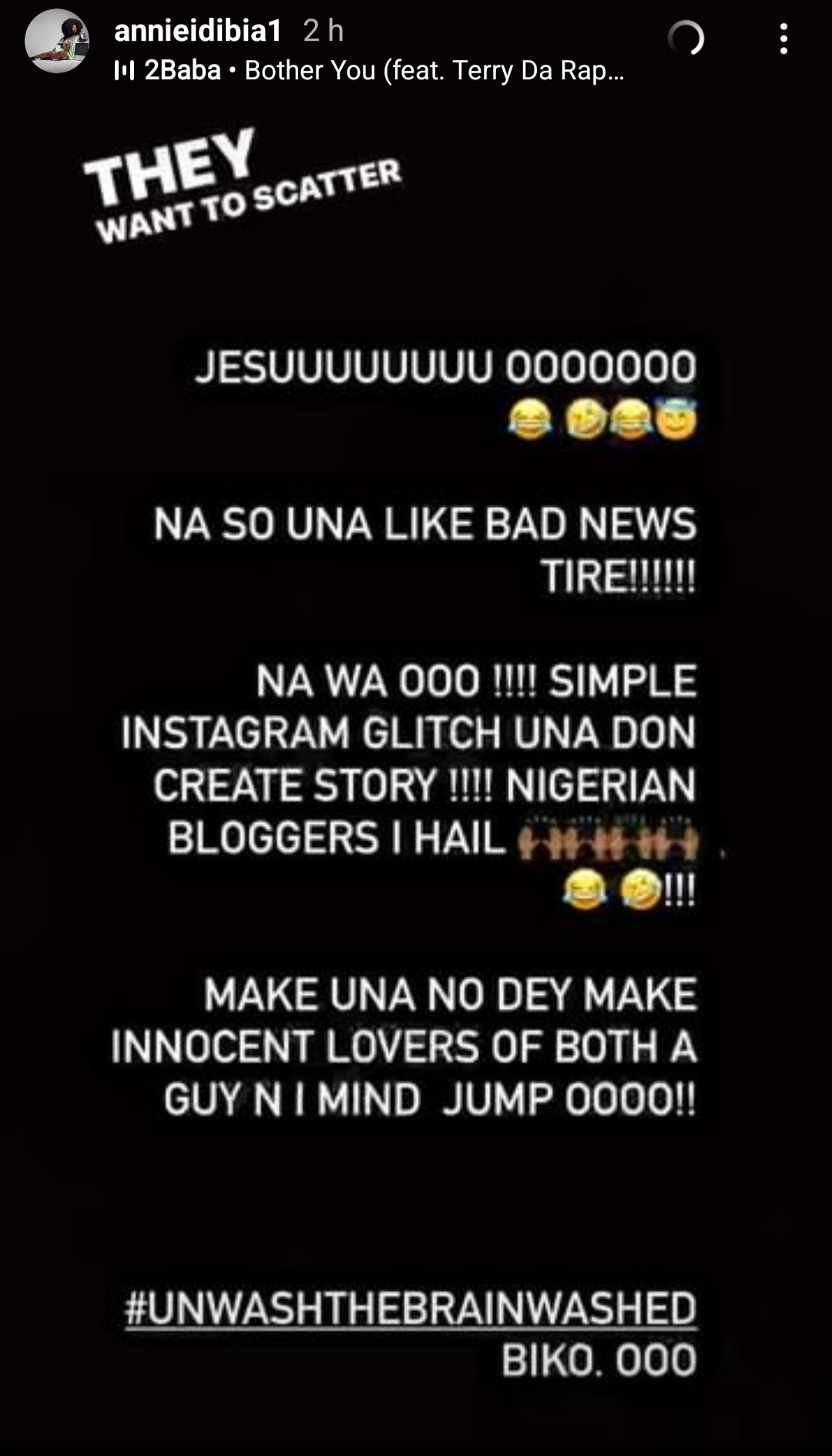 In the wake of his trip to London to bond with his three other children, Ehi, Justin, and Innocent, with his second baby mama, Pero Osaiyemi Adeniyi, Annie Idibia unfollowed him on Instagram.

A look at the actress’s Instagram page reveals that she has not only unfollowed her spouse on the photo-sharing app, but she has also removed all of his photos from her page.

2baba did not reciprocate, as he continues to follow his wife, but the singer recently posted a video in which he was spotted wearing his wedding band on his middle finger rather than his fourth.

Annie Idibia posted a strange message on her Instagram account, referring to herself as “one hell of a woman.”

She stated that she is a formidable woman and that many aspire to live her lifestyle.

YES…I HAVE A VERY BEAUTIFUL LIFE.. INCREDIBLE KIDS. A PRAYING MOTHER..AN INCREDIBLY SUCCESSFUL, RICH IN HEALTH, LOOKS AND POCKET. EXTREMELY GENEROUS, HUMOROUS, GENUINE AND CARING HUBBY! AND YES I AM ONE HELL OF WOMAN! BEAUTY, BRAINS, CREATIVE, HARDWORKING…DEEP IN WITTY!!! HAAWWWTTTTT AF N YES SO FAVORED IF I WERE U I WANT MY LIFE TOO”.

“Our love isn’t for everybody, They don’t need to understand it”, Annie Idibia tells 2face after he publicly apologized